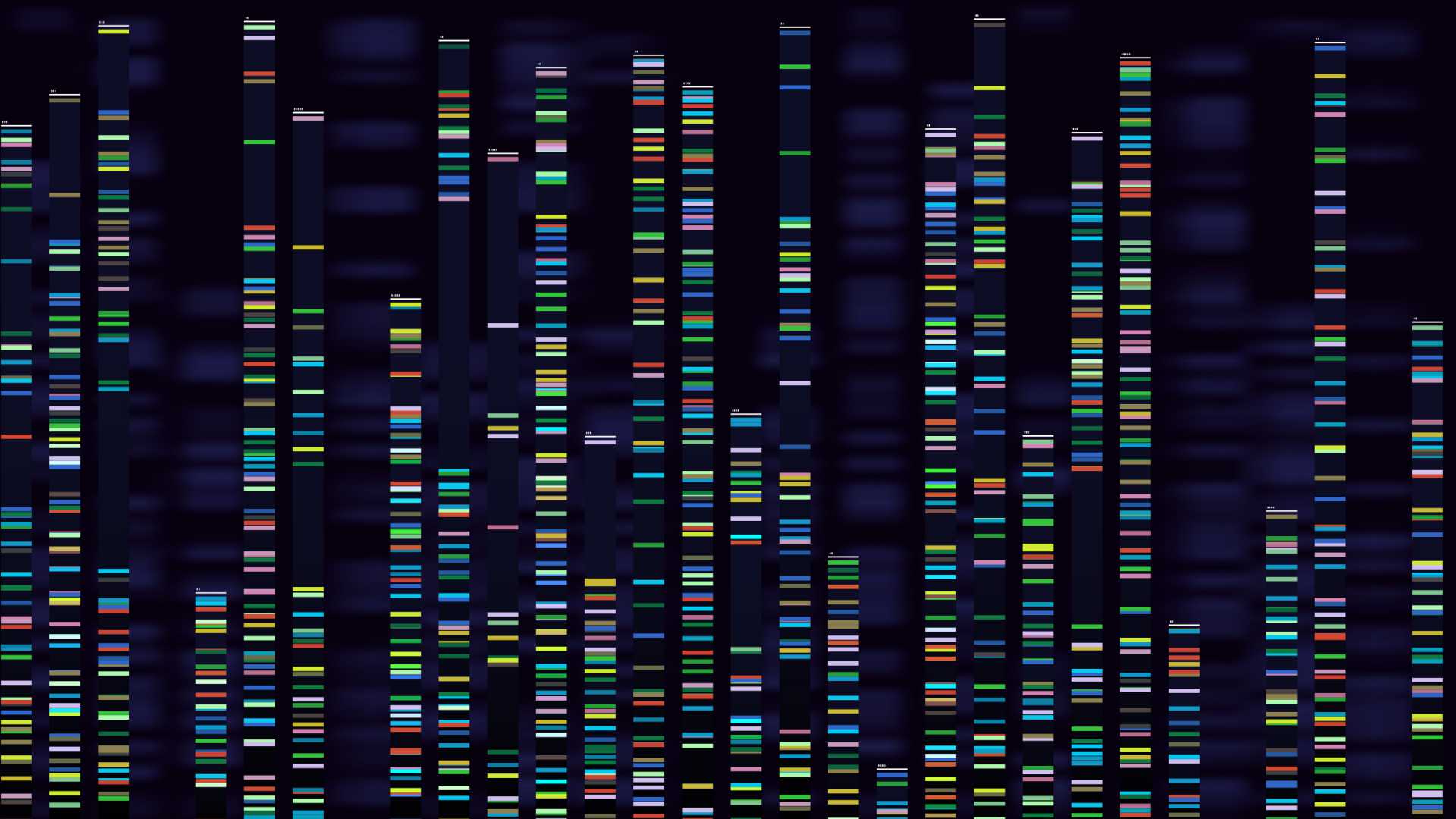 Webcasts from the EASD’s 2021 virtual meeting are now available free to all on the EASD website. To help you explore what’s on offer, over the coming weeks we’ll be giving you a taste of some of this year’s conference highlights. To start us off, Susan Aldridge reports on Professor John Todd’s Novo Nordisk prize lecture.

Since its discovery 100 years ago, people with type 1 diabetes have relied on insulin for their health and survival. But prevention of the condition is now becoming a reality, according to Professor John A Todd speaking at the 57th EASD Annual Meeting recently. He described his exciting journey through genetics, immunology and the microbiome – and the groundbreaking discoveries that may eventually supersede the need for insulin in type 1 diabetes.

John Todd, Professor of Precision Medicine at the University of Oxford, was awarded the Novo Nordisk Prize for Excellence for his work on the genetics of type 1 diabetes over the past 35 years. The lecture accompanying the award, entitled ‘From HLA-DQ position 57 and back again’, described the three strands of research on his long journey towards prevention of type 1 – namely HLA-DQ, interleukin-2 and the microbiome.  John dedicated his lecture to the memory of David Dunger, his long-time colleague who died recently.

“My thoughts on receiving this award was that it represents a massive and welcome increase in awareness of type 1 diabetes, which I think is sometimes overlooked in favour type 2 its ‘big brother’,” John commented. “And in July, we got the front cover of Science, so things are changing for type 1 in many ways, at last.”

Back in 1986, John worked with John Bell under Hugh McDevitt at Stanford and, for the first time, began sequencing genes from patients in an effort to understand the T-cell mediated destruction of the insulin-producing beta cells that begins in the first weeks of life, and probably in the womb. The main triggering autoantigen of this response is insulin, particularly positions 9 and 23 in the beta chain. “The response is controlled by highly polymorphic HLA Class II genes and we published a paper showing that an amino acid polymorphism at position 57 contributes to both susceptibility and resistance to type 1. Where this is aspartic acid, dominant protection is conferred, whereas if it is neutral alanine or serine, you are susceptible.”

The mid-1980s were exciting times in immunology, as well as genetics, and saw the publication of milestone papers that were able to advance John’s understanding of the role of position 57 in type 1 diabetes. They were able to build a model of the HLA molecule interacting with its insulin autoantigen. “For the first time, we realised that it was like a barbecue where the insulin peptide is the sausage, if you like, between the two alpha helix chains of the HLA molecule, which included position 57. And the interaction depended on whether it was occupied by a charged or neutral amino acid residue.”

Then there was a long wait for the right technology to come along to sequence T-cell receptors, the third player in the position 57 part of this story. “Our main hypothesis was that HLA-DQ and position 57 controls the number of insulin-destroying T cells coming out of the child’s thymus. For this, you need single cell T cell sequencing and samples from children with type 1 with both protective and susceptible HLA-DQ phenotypes to prove it.”

Along came the Juvenile Diabetes Research Foundation-funded centre for Centre for Genes, Autoimmunity and Prevention (D-GAP Centre), which was dedicated to the collection and storage of samples, in order to understand the genetics behind type 1 diabetes. So the T-cell receptors in the samples were sequenced, building up further proof for John’s hypothesis.

Put simply, there is a trimolecular reaction, where the T-cell receptor recognises the ‘barbeque’ structure mentioned previously. “It looks as if HLA-DQ with aspartic acid at position 57 results in lack of selection of the anti-insulin T cells in the first few months of life because of repulsion from its charge in the trimolecular complex. So the mechanisms around position 57 are beginning to emerge after all these years. We continue to research this and look at how the findings can be applied to type 1 diabetes prevention.”

The second strand to John’s story has already led to translation of a type 1 diabetes susceptibility gene into the clinic. In 1991, he discovered that variation in the gene for interleukin-2 (IL-2) can lead to autoimmunity. “This idea of variation has driven our translation of these findings into the clinic for diabetes in the last five or six years, but we spent 14 years studying the IL-2 signalling pathway.” He paid tribute to David Dunger’s contribution to this work. “We studied 10,000 children with type 1 diabetes from 150 NHS hospitals. Only David could have done that, with the NHS, and at the time it was the largest collection of cases for any common disease.”

When they started to map the genes in the patient samples, it became very clear that all the major players in the IL-2 pathway – including IL-2 itself and the IL-2 receptor – can be mapped to type 1 susceptibility and resistance. So the clinical plan was to restore the pathway by injecting IL-2 into those recently diagnosed in the hope that they might be able to retain their endogenous insulin production.

Interleukin-2 Therapy in Autoimmunity in Diabetes, the first clinical trial of the therapy, involves 36 children who are being given twice weekly IL-2 for six months, testing their C-peptide. Results are due in spring 2022. “It will be fascinating to see if we have managed to inhibit the loss of endogenous insulin production as measured by C-peptide,” John said.

The microbiome and type 1 diabetes comprise the third strand of John’s story. “This has become a major research topic in our lab.” The microbiome should be considered to be ‘self’ rather than ‘non self’ as far as immunity is concerned. John believes that this means it can “educate and influence” the immune system and this could lead to novel microbiota-directed therapies for autoimmunity.

John’s group has searched the microbiome database and discovered amino acid sequences in a group of enzymes called transketolases that mimic the sequences in insulin. “This shows that tolerance to insulin isn’t just coming from the thymus,” he explained. “It’s also coming from the gut microbiome and we are working really hard to substantiate this finding.” A recent paper describes immune events around weaning, which are absolutely crucial, he says, for this is the period when autoimmunity develops in those children who are at high genetic risk of type 1 diabetes.

This is backed by the TEDDY (The Environmental Determinants of Diabetes in the Young) study, which is looking at the causes of childhood diabetes. Transketolase, which is vital for digesting fibre in solid food, is upregulated at weaning. “This is a time when the immune system is very volatile. There is a lot of attention being given now to pre- and probiotics to prevent type 1 diabetes, but there are many, many unknowns. This is a major topic we need to fund and take forward. Studies during pregnancy are going to be particularly important.”

Looking to the future, he added: “Once data on the microbiome comes out, there will be promotion of microbiome health in the whole population. In the future, we won’t be screening for genetic susceptibility to diabetes, we’ll be giving all families advice on the best diets and supplements. One way of thinking about it is that in years to come everyone will have healthier microbiomes and resistance to autoimmunity, allergies and diabetes.”

John ended with another look to the future, with the anti-CD3 antibody teplizumab, which will be prescribed from next year. “That will change whole environment and we will see eventually not just better standards of diet, health and resistance to disease, but also new ways of preventing the decline in endogenous insulin production made available to adults and children. So that’s a bit future looking, but progress in anti-CD3 therapy has been truly amazing and offers great hope.”

For more on the topics raised in Professor Todd’s lecture, enrol on the following EASD e-Learning courses:

Watch out for our course on the microbiome and diabetes, due to launch in 2022.

Lectures and sessions from this year’s EASD virtual conference are now available free to all online at https://www.easd.org/virtualmeeting/home.html#!events/16/programs/2021-09-28