44 years of the UKPDS 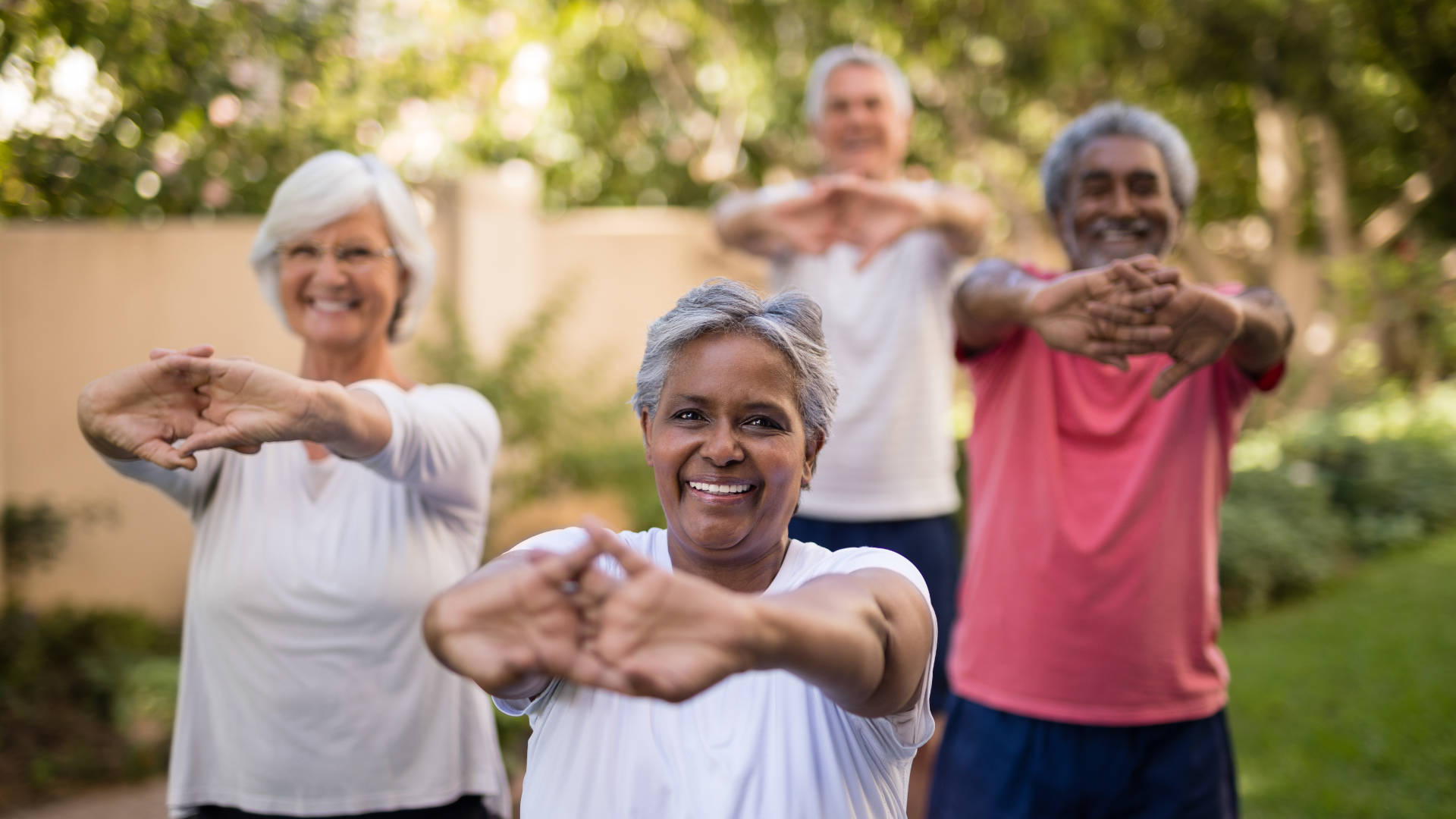 The importance of maintaining normal glycaemia in type 2 diabetes from the day of diagnosis was underlined by the presentation of long-term findings from the UK Prospective Diabetes Study (UKPDS) at EASD 2022. Dr Susan Aldridge reports.

The UKPDS was launched in 1977 by Professor Robert Turner and his team at the John Radcliffe Infirmary in Oxford. It has now reached the 44-year follow-up mark and findings are beginning to emerge on what impact intensive blood glucose control has in type 2 diabetes in the long term. Professor Amanda Adler, University of Oxford, set the scene for this review of the UKPDS up to the present day. “We knew diabetes was defined by hyperglycaemia and we knew that people with diabetes developed more problems than people without diabetes, and that those with higher blood sugar developed more problems than those with lower blood sugar. But the unanswered question was whether lowering blood sugar intensively led to fewer complications, and whether one treatment was better than another.”

The UKPDS has had three phases. The first was the trial phase from 1977 to 1997, covering nearly 43,000 person-years. Next, there was post-trial monitoring from 1997 to 2007, which captured 67,000 person-years of data (as time went on, person-years increased although, on the other hand, participants died). And finally, there is NHS data on UKPDS participants, now being analysed, for the period 1997 to 2021, with an accumulated 78,000 person-years. There are 14 of the original participants who have now had an impressive follow-up time of over 40 years.

The UKPDS was really two trials in one. There was intensive control with either insulin or sulphonylureas versus conventional care and intensive control with metformin in overweight patients versus conventional care. A major endpoint was length and quality of life – a key metric for health economists. Diabetes-related complications, diabetes-related deaths, all-cause mortality and so on were also recorded. And, now that the study population has aged, new analyses are looking at whether intensive control reduces the risk of dementia. A total of 4209 people – mainly White Caucasian men – were randomised at the start of the trial.

The main question asked of UKPDS now is whether there is a  ‘legacy effect’ – that is, does the impact of tight glucose control persist after the initial trial phase ended? The analysis at the 30-year point, at the end of post-trial monitoring, suggested there was indeed a legacy effect. Even though glycaemic differences between the intensive control and conventional care groups were lost soon after the trial ended, benefits persisted for the former. Intensive control decreased the risk of all diabetes-related endpoints, microvascular complications myocardial infarction and all-cause mortality. And metformin seemed to be associated with greater risk reductions, which is probably why it has become the first line therapy of choice in type 2 diabetes.

Do legacy effects persist to 44 years?

Professor Rury Holman of the University of Oxford asked whether the legacy effects of intensive glycaemic control persisted, or whether they diminish with time, as might be expected? Looking at the data to 2021 as classic Kaplan-Meier curves over time and in a more granular way using cumulative data over time, he said: “To summarise – the glycaemic legacy effect first identified in the 30-year analysis of the UKPS remains virtually unchanged up to 44 years of follow-up.”

To back this up, he presented the data for all diabetes-related endpoints, myocardial infarction (MI), microvascular complications and all-cause mortality. So, for sulphonylurea/insulin versus conventional care the relative risk reductions at the 44-year point were: 10%, 15%, 26% and 11%. And for metformin versus conventional care, the corresponding figures were: 19%, 31%, 10% and 25%.

“In our view, the legacy effect can be explained by long-term historical HbA1c values,” Professor Holman said. He carried out an analysis with Marcus Lind from Lund University where they worked out the potential increase in all-cause mortality for a 1% higher HbA1c. This ranged from a 36% increase, if there were 20 years at this higher value, to just 8% if there were five years at the higher value. “This suggests a longevity of impact of these HbA1c values,” he noted.

Although we don’t yet know exactly what causes the legacy effect, Professor Holman suggested that the glycaemic legacy effect from intensive glucose control is, in effect, protection from hyperglycaemia driven by lifetime exposure to high glucose. And that is possibly mediated by oxidative stress, generation of advanced glycation end-product proteins from exposure to high glucose levels, or epigenetic changes leading to exposure to inflammatory proteins. He added that the greater size of the metformin legacy effect suggests that maybe additional protective mechanisms related to the drug – such as inhibition of inflammatory pathways – are coming into play.

The UKPDS and dementia

Dr William Whiteley of the University of Edinburgh presented the analysis of dementia risk from the 44-year follow-up – work carried out with Dr Ruth Coleman and Dr Jose Leal of Oxford University. “So, why am I, a neurologist, speaking to you – an audience of diabetologists?” he asked. “Well, dementia is important to us all. It’s distressing to the dementia patient, their carers and their families. To us as a society, it’s one of the most expensive conditions we look after, so it’s important to us as taxpayers and as users of the healthcare system.”

“Dementia is particularly important to people with diabetes, for both men and women have a 60% greater risk over their lifetime and the risk is greater for vascular dementia than for Alzheimer’s disease.”

There are a number of causal pathways for this increased risk. First, diabetes increases the risk of large vessel atheroma and atrial fibrillation, both of which are risk factors for cortical and large artery infarcts – and post-stroke dementia is particularly common. Diabetes also leads to cerebral small vessel disease, where there is hardening and narrowing of vessels deep in the white matter of brain. This increases the risk of small infarcts, reduces cerebral perfusion and increases the risk of intracranial haemorrhage. “So, these are the classical cerebrovascular mechanisms for dementia,” Dr Whiteley said.

Diabetes also encourages blood-brain-barrier breakdown, releasing potentially toxic proteins into the brain. And small vessel disease itself leads to occlusion of the perivascular drainage pathways for amyloid protein. Both of these result in impaired amyloid clearance – and amyloid protein deposits are one of the hallmarks of Alzheimer’s disease. Finally, there have been suggestions that cerebral insulin resistance is important in some respects. “All these mechanisms are plausible, but the jury is still out on whether they are causal of dementia in diabetes,” Dr Whiteley concluded.

Moving on to the impact of glucose-lowering agents, he presented promising results from a Mendelian randomisation experiment, which involves looking at genetic proxies for the mechanisms of the drugs involved. This showed that thiazolidinediones, GLP-1 receptor agonists, and metformin all decrease the risk of Alzheimer’s disease, while insulin actually increases it.

The randomised controlled trials that have been carried out on the impact of glucose-lowering drugs have, unfortunately, been mainly too small, too short and generally didn’t have a prespecified primary cognition outcome. However, there are some trials underway with thiazolidinediones, intranasal insulin, metformin and GLP-1 receptor agonists.

So, our knowledge of how glucose-lowering agents affect dementia risk in diabetes is currently limited. “That’s why our analysis of the UKPDS is so important,” Dr Whiteley said.

The study question was whether the UKPDS intensive glucose control with insulin/sulphonylureas or with metformin lowered the incidence of dementia over 44 years compared with conventional care. Cases of dementia were recorded from 1977 to 2020. Analysis shows an overall 12% incidence of dementia in the insulin/sulphonylurea group compared with 13% for conventional care. For metformin, the corresponding incidences were similar, at 13% and 12%. The differences between the treatment groups and the conventional care groups were not statistically significant. So the benefit of intensive glucose control in preventing dementia in diabetes looks to be marginal, at best. However, analysis of the data continues – for instance, in vascular dementia – and more promising findings may emerge.

In conclusion, Dr Whiteley noted that the use of electronic health records in the current phase of the UKPDS is particularly significant. “It allows long-term assessment of treatment effects on important health outcomes at low cost. This will become increasingly important in data-driven trials over the next few years.”

And when it comes to the prevention of dementia in diabetes, he said: “We have not shown that intensive glucose control prevents dementia. I suspect that, like other ways of prevention of vascular events, the effects are small. We need more trials, which must be large and long term.”