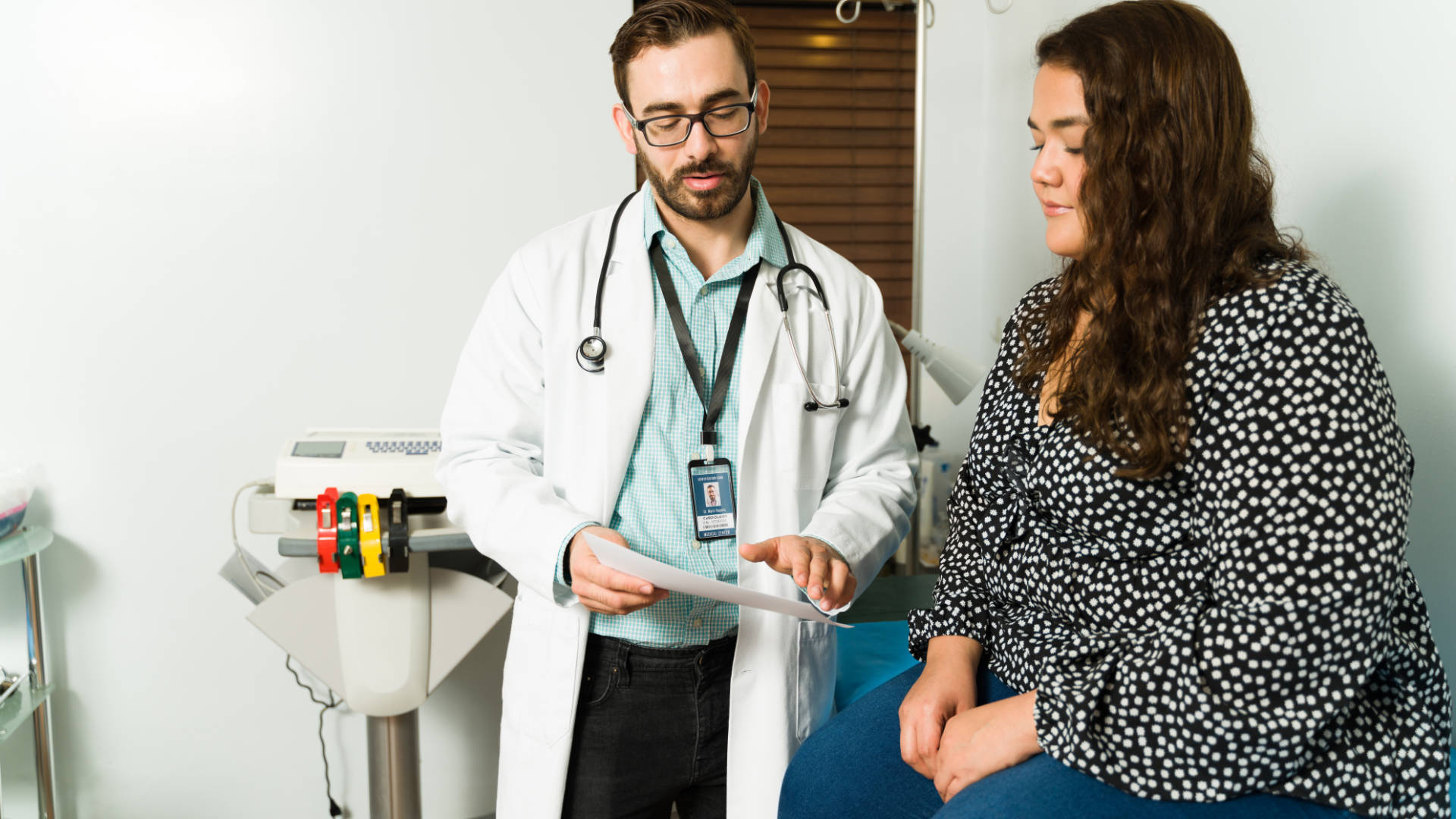 Counselling and pharmacotherapy can each of them aid weight loss in people with obesity. So what happens when you combine the two? Lisa Buckingham reports on the case for pairing these interventions, as presented at the ADA’s 82nd Scientific Sessions.

“Why would you consider this pairing?” asked Dr Scott Kahan, director of the National Centre for Weight and Wellness, and faculty director at Johns Hopkins Bloomberg School of Public Health, addressing the American Diabetes Association’s (ADA) recent conference. The answer is that losing weight is hard – even if you lose weight, physiology pushes back, and even if you fight through the physiological counter-regulatory changes, you need to continue indefinitely. Combination therapy, he said, almost always leads to more weight loss and other improved outcomes.

Dr Kahan highlighted a paper that showed patients losing about 10% of their bodyweight in three months on a medically monitored diet. The participants were then followed for a year. There was some weight regain, as expected, but the study also tested a range of counter-regulatory hormones at three months and then again at a year. At both intervals – even after a year, when some weight had been regained – the participants’ satiety hormones were still significantly lower and their primary hunger hormone (ghrelin) was still elevated.

Some people can keep weight off just with behavioural counselling, but even if you can fight through this and keep it up indefinitely, he said, the fact remains that more weight loss is (usually) better (within reason) in terms of comorbidities. Once we’re into the 10% and above range, we see more benefit over the smaller percentages of weight loss, such as improvement in sleep apnoea, long-term cardiovascular outcomes and quality of life.

To begin the case for combination therapy, he drew a comparison with the evidence for depression treatment. Counselling can be very effective – as can medication – but dozens of studies have shown that when you combine the two, you get much more benefit.

In obesity, there are numerous examples of combination therapy’s effectiveness. However, before outlining the counselling/medication combination, he showed papers looking at combining two medications. For example, one paper showed that with a modest dose of phentermine, you get weight loss of about 7%and topiramate of about 9%. When you combine a half-dose of both of them, you get considerably more weight loss more than either of them alone at double doses.

Data in support of pairing behavioural therapy and pharmacotherapy goes back many decades. He cited one example of sibutramine (no longer on the market). The drug alone didn’t give much benefit; the drug plus basic lifestyle counselling gave more benefit (double the weight loss); those two plus meal replacement gave even more.

Another paper showed that more intensive behavioural counselling plus sibutramine resulted in greater weight loss than basic counselling and sibutramine, showing a gradation of effect.

With regard to the new medications that have been approved in the past decade, he first highlighted a trial using naltrexone/bupropion. Patients got intensive behavioural counselling and achieved 7.5% weight loss. When combined with the medication, they achieved almost 50% more weight loss.

In a comparable study of the same medication, but with less intensive, usual-care counselling, both groups achieved less weight loss compared with the other trial.

Another example was liraglutide combined with intensive behavioural counselling, which resulted in about double the weight loss compared with the counselling alone.

The same group also did another study that Dr Kahan felt better reflects what happens in clinical practice. Both groups had a medically monitored diet for 14 weeks, resulting in about 6% weight loss. At that point, they were randomised to either placebo and ongoing counselling, or the medication plus counselling. With just the counselling, they kept off the weight or lost a little bit more, but with the medication as well, they kept the weight off better and lost even more weight.

A third study involving liraglutide used a medically monitored diet for two months, after which participants were randomised to either basic counselling with a placebo, exercise counselling, the medication, or exercise counselling with the medication. Again, a gradation of outcomes was seen – the more intensive the intervention, the better the outcomes. At a year, one in three of the combination group were keeping off 20% of their bodyweight. This is bariatric-surgery-level weight loss, said Dr Kahan, but without surgery.

It doesn’t need to be one thing or the other, or even a combination to start with but they can be sequentially added as indicated.

He moved on to discuss a key point – obesity is significantly undertreated and that applies to every modality of treatment. His data was specific to the USA, but he explained that less than 1% of eligible people with obesity who have Medicare are given intensive behavioural therapy (IBT); roughly 1% receive pharmacotherapy; 1.5% get bariatric surgery. He compared this to diabetes treatment where 85% of people with diabetes are getting the indicated treatments. This should be 100%, he said, but the comparison is still worlds apart from obesity treatment.

There are several reasons for this. The first is lack of training on obesity among primary care physicians and even specialists. The second is minimal insurance coverage for obesity treatment. And the last is perceived lack of time – doctors perceive that they have to solve the whole problem when they see the patient. It doesn’t need to be done all once, said Dr Kahan, because it’s a chronic condition and it’s something we can chip away at.

He also came back to the point about gradation of treatment – from basic counselling, which provides some benefit, up to intensive counselling plus medication for the most benefit. Whatever we can offer is going to be beneficial, he said. And more is generally better.

For more on obesity and diabetes, enrol on the following EASD e-Learning modules: