Can we prevent type 1 diabetes? 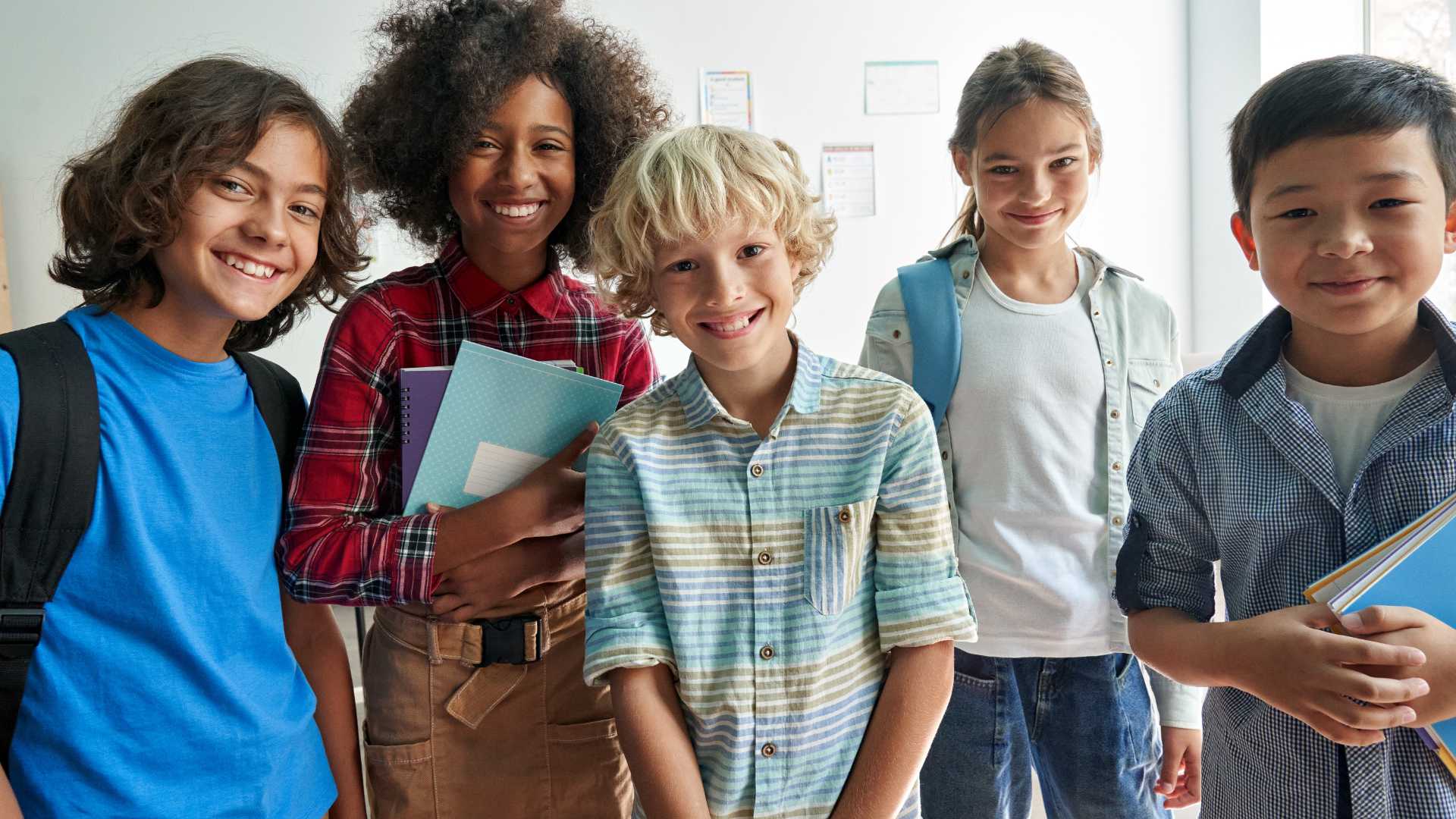 One hundred years since the first insulin injection, do recent research findings mean there will be no need for this lifesaving medicine in the future? Speaking at the recent International Diabetes Federation Middle East and North Africa (IDF MENA) Congress, Professor Colin Dayan of Cardiff University School of Medicine, reviewed recent progress in immunotherapy to delay – and maybe even prevent – the onset of type 1 diabetes. Dr Susan Aldridge reports.

Professor Dayan opened his presentation with the observation that: “If we can slow, or halt, the autoimmune process – which is what we know destroys the insulin-producing capacity, we can delay or avoid the need for insulin.” He continued by pointing out that this IDF congress had shone a light on the fact that some people with type 1 diabetes in the MENA region can’t get hold of insulin, and that can prove fatal. “But if you can get rid of the need for insulin, that won’t happen.”

So, 100 years after the first insulin injection, there is advanced technology for delivering and monitoring insulin, but having to do so is still a huge burden for people with type 1 diabetes. Data from the Type 1 Diabetes Exchange, for instance, shows that less than 30% are reaching the 7% HbA1c target needed to prevent long-term complications. But in 2019, a paper by Kevan Herold and his team reported on a trial of the anti-CD3 antibody teplizumab in relatives at risk of type 1 diabetes. “This was the first demonstration that we could delay type 1 diabetes,” said Professor Dayan.

Autoantibodies are present long before people are diagnosed with type 1 diabetes. They don’t actually cause the condition, but they are very good markers of the autoimmune process that does. “There is data collected over the last 20 years showing that if you have two or three of these autoantibodies, there is a 90% chance that you’re going to develop type 1 diabetes eventually,” Prof Dayan said. “The presence of the autoantibody is the beginning of the disease, but it takes a long time before the beta cells are destroyed.”

As a result of research into these autoantibodies, the American Diabetes Association (ADA) and others have staged type 1 diabetes as follows:

Participants in the placebo-controlled teplizumab study were in stage 2, and a recent follow-up showed that intervention with teplizumab delays the onset of stage 3 by nearly three years. “That’s very significant,” said Professor Dayan. “It’s three years when you don’t need insulin, you’re not at risk of hypoglycaemia, you can eat what you want and do what you want.”

Teplizumab is an antibody which tips the T cells that attack the beta cells into a state of exhaustion, Professor Dayan explained. “In 2019, many people in my field – the immunotherapy of type 1 diabetes – considered the teplizumab findings as a breakthrough, although some did say, what is the point of a three-year delay if someone is going to develop type 1 diabetes anyway? We don’t know that this is the case, though. There may be some people for whom it will never happen. We have to follow up this study cohort and see.”

Besides the advantages of not needing insulin and so on, this three-year delay at the start of someone’s type 1 diabetes ‘career’ also leaves a metabolic legacy of a reduced risk of long-term complications. Furthermore, the mean age of diagnosis for many with type 1 is 12 years and there is an advantage in delaying this to 14, 15 or 16 years, given the worst glycaemic control is found in adolescence. “The less time you spend in adolescence with reduced beta cell function, the less likely is that peak of poor glycaemic control and that wave of hyperglycaemia that sets you up for long-term complications,” said Professor Dayan.

The delay induced by teplizumab has another interesting spin-off. “It means that we get to identify people before they get type 1 diabetes, so they are less likely to present with DKA.” At present, about 25% of people in Europe are only diagnosed when they present with DKA, which is a life-threatening situation. In other countries, this figure is even higher and during the pandemic it also rose because of lack of access to healthcare.

And, of course, if beta cells have been preserved once through teplizumab treatment, they can be preserved again with further rounds of treatment. Once they are lost, however, they cannot – at present – be regenerated.

Last year, an FDA Advisory panel voted 10 to 7 that the benefits of teplizumab in delaying the onset of type 1 diabetes outweighed the risks.  “To me this was a watershed vote,” said Professor Dayan. “The way forward is not insulin – it is to prevent the need for insulin and therapies are now safe enough in order to do this.”

What does he mean by ‘safe’? “In diabetes we are not used to immunotherapies. Many other areas are using immunotherapies, but not us. There is transient depletion of T cells with teplizumab, but after about eight weeks they are back to a normal level. There has now been follow-up to seven years with teplizumab and four years with a related antibody. There’s no evidence of long-term malignancy or other complications.”

In psoriasis, there are now eight licensed immunotherapies – but none, at the moment, are licensed for type 1 diabetes. “Do you think type 1 diabetes is more or less serious than psoriasis?” Professor Dayan asked. “Certainly our colleagues in dermatology believe it is worthwhile to use these highly selective biologics.”

Since the teplizumab paper, there’s also been a report of the anti-TNF antibody golimumab in new onset type 1 diabetes. Golimumab has been used in rheumatoid arthritis, irritable bowel disease and in other conditions. It has now been found to be very effective in preserving beta cell function. There are also at least six other similar immunotherapy drugs available to us now. These are old drugs, out of patents and so there’s experience of thousands of individuals who have already received the therapies for other conditions.

“So the drugs are out there, if we push hard enough, and one of the reasons the FDA voted in favour was that there was over 200 submissions from people with type 1 diabetes saying ‘Enough. We don’t want insulin at all. It’s lovely to have closed-loops and new bits of kit and so on but we’d rather not be wearing it at all and not be needing it at all.’”

“To be in a position to do this prevention therapy we have to do autoantibody screening for people with preclinical diabetes. Only 10% of cases come from families so we have to actually screen the whole population, because 90% of cases are sporadic. But if you do this screening you also prevent DKA and hospital admissions,” Professor Dayan said.

Last year Annette Ziegler and her team in Bavaria did a population screening of 90,205 children aged two to five years. They found 310 (0.34%) were autoantibody positive, of whom 196 were in stage 1, 17 in stage 2 and 26 in stage 3 (the rest were not staged). Only four cases were found among those who were autoantibody negative. “So, this is pretty effective at identifying the people who are going to get type 1 diabetes.” And the DKA rate in this study was only 3.2% among those who were autoantibody positive – because they knew type 1 diabetes was coming.

Professor Dayan said that in future, genetic risk screening could be added at birth, to identify people at high risk for more intensive autoantibody screening. “The problem with autoantibodies is that they are not positive at birth. They gradually become positive over the subsequent three or four years, which means if you test at the age of three, you’ve missed some of the earliest cases. Doing this gradually and depending on their genetic risk and whether they become autoantibody positive means you can remove people from the screening programme because their risk is so the number of people being followed up reduces.”

The number of people dying from DKA has not changed in 40 years. The prevention programme described above could improve this. “The difference in being diagnosed through DKA and through screening is like the difference between the crash landing of an aircraft and landing it with the lights on and everyone waiting for you,” he said. “If we monitor people, we can say you are dysglycaemic so probably in a year or so you’ll have to think about insulin. There’ll be no big surprises and no one will have to go to hospital with DKA.”

Some people wonder whether this kind of screening will just worry people. In fact, the opposite is true – for parental anxiety scores in the Bavarian study showed that parental anxiety levels were lower than when children were diagnosed with type 1 diabetes in the traditional way.

“Eventually the idea is to change the landscape of type 1 diabetes,” said Professor Dayan. “You could intervene in the natural trajectory of the disease, so it could be as much as 10 years before you actually have diabetes, which would be a huge advantage.  You could do sequential beta cell preservation. In the far future, we believe that prior to developing the autoantibody process there are other factors, particularly to do with the microbiota that you have and viral infections, that could also be addressed.”

It may well be the FDA will approve teplizumab in 2022 and that could lead to widespread screening for the early stages of type 1 diabetes and intervention to preserve the beta cells. “So we had the discovery of insulin in 1921 and, looking forward, maybe we will see the eradication of childhood type 1 diabetes by 2041,” Professor Dayan concluded.