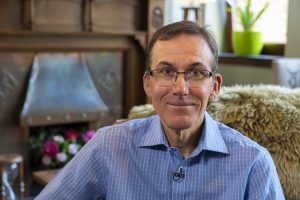 Miles Fisher graduated from the University of Glasgow in 1979 and was a consultant physician at Glasgow Royal Infirmary from 2001 to 2020. In 2010 he was appointed as an Honorary Professor at the University of Glasgow. He was a Vice-President (Medical) of the Royal College of Physicians and Surgeons of Glasgow from 2011-14, President of the Scottish Society of Physicians for 2015-16 and Co-chair of Scottish Heart Arterial disease Risk Prevention (SHARP) in 2017.

His clinical and research interests include diabetes and the heart, hypoglycaemia and new treatments for diabetes. He was a member of the DIGAMI 2 study steering committee and was the Scottish co-ordinator. He was an events adjudicator for the HOPE, HOPE-TOO and cardiovascular outcome trials, and for the albiglutide Harmony Phase 3 development programme. He has been involved in guideline development for the Scottish Intercollegiate Guidelines Network (SIGN) and the European Society of Cardiology (ESC), and in guideline reviewing for SIGN, ESC, the EASD and NICE.

Professor Fisher is the editor or co-editor of four books on heart disease in diabetes, three books on hypoglycaemia and a book on SGLT-2 inhibitors. He has authored or co-authored 49 book chapters, 82 original papers, 75 review articles, 36 leaders and editorials, 54 drug notes for Practical Diabetes and 15 drug notes for the British Journal of Cardiology. He was the co-author of the diabetes chapter in the 19th, 20th and 21st Editions of Davidson’s Principles and Practice of Medicine.