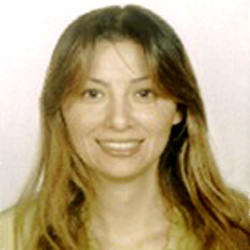 Nancy Samir Elbarbary is Professor of Paediatrics in the Faculty of Medicine at Ain Shams University, Egypt. She gained her doctorate degree (MD) from Ain Shams University in 2007 and passed her MBBCH and Masters (MSc) in paediatrics (Excellent with honours) in 1998 and 2003, respectively. She works in the Paediatric Diabetes Clinic, which is one of the first paediatric clinics at the Children’s Hospital and in the Middle East – and one of the largest referral centres in Egypt for managing children with type 1 diabetes.

She is a member of several professional societies, including the International Society for Pediatric and Adolescent Diabetes (ISPAD), the European Society of Pediatric Endocrinology (ESPE), the Egyptian Society of Childhood Diabetes and Endocrinology (ESPED) and the Arab Society for Paediatric Endocrinology and Diabetes (ASPED). She has contributed to the ESPE e-learning programme and participated in ISPAD Guidelines 2018, and in the IDF-DAR Diabetes and Ramadan Practical Guidelines 2021 ‘Management of type 1 diabetes when fasting during Ramadan’. She also participated in the International Consortium of Polycystic Ovarian Syndrome in Adolescence and is now working on a chapter update of ISPAD Guidelines 2022. She translated the JDRF-supported website ‘Beyond type 1 diabetes’ into the Egyptian Arabic language.

Professor Elbarbary has been a member of the ASPED-ISPAD Diabetes Academy steering committee since 2016 and the head of the diabetes committee and scientific research in ASPED. She has been an invited speaker at regional meetings of professional specialty societies, international meetings and symposia.

She serves as an invited reviewer for more than 30 international peer-reviewed journals and is a member of the editorial board of more than 10 international journals, as well as a member of the research and ethics committee at Ain Shams University hospital, Cairo. She has published over 50 papers in international and local periodicals and journals, and supervised more than 60 theses. She has also supervised and helped in the writing of ‘Protocol of management of DKA in type 1 diabetes,’ developed specifically for Egyptian doctors treating children with diabetes.

Professor Elbarbary has participated as a principal investigator in trials sponsored by diabetes associations and is involved in many other international clinical and basic research projects as country representative of the Egypt in TEENs registry study, FITTER and SWEET. She has received several international professional prizes, awards, grants and special recognitions from various Egyptian academic societies and from the Academy of Scientific Research and Technology for distinguished international publications. She has also been awarded in the name of the country’s president, Abdel Fattah El-Sisi, the First-Class Medal of Honour Award for Medical Science and State Academic Recognition Achievement.