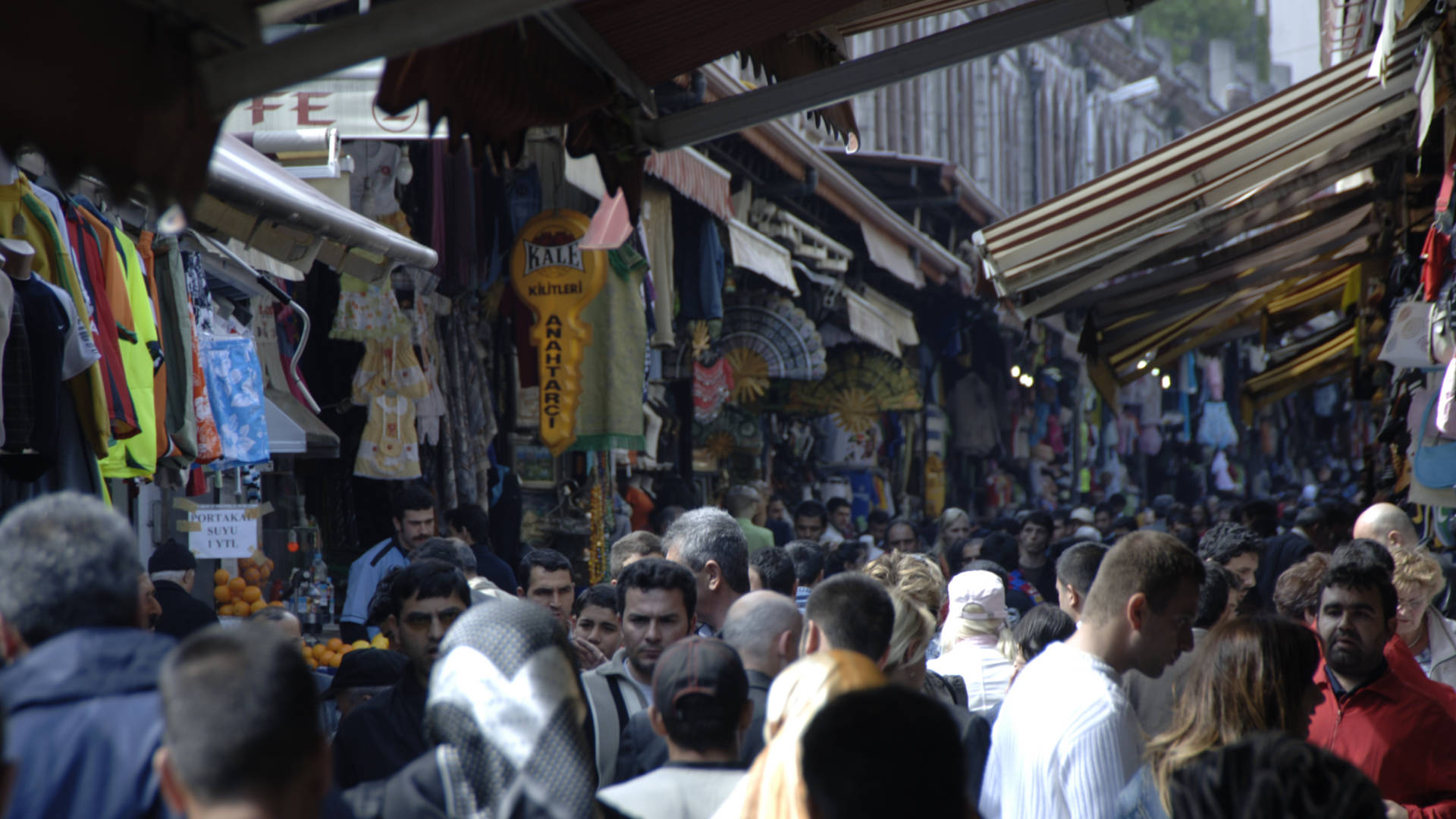 Much as they do for diabetes, biological, lifestyle and socioeconomic factors combined to worsen COVID-19 prevalence and outcomes in ethnic minority groups – according to Professor Kamlesh Khunti in his Arnold Bloom lecture at the recent Diabetes UK Professional Conference. Lisa Buckingham reports on his personal account of what was learned and what action needs to be taken.

“One thing that suddenly changed my life”  is how Kamlesh Khunti, Professor of Primary Care Diabetes and Vascular Medicine at the University of Leicester, describes a Tweet he put out at the beginning of the pandemic. It read: ‘Dear all – just had a message from a colleague that they are seeing many young South Asians being admitted with severe #COVID19. Can people share their experiences quickly.’

This year’s Arnold Bloom Lecture was titled ‘Diabetes, ethnic minority groups and COVID-19: a perfect storm’ and Professor Khunti set out the past research findings that had paved the way for vital research during the pandemic.

Since the moment he started receiving replies to that Tweet, he has focused his research on COVID-19. The first meta-analysis his group put out, involving almost 15,000 people admitted with COVID-19, looked at comorbidities and found that 22.9% had hypertension, 11.5% diabetes and 9.7% CVD, proving that COVID-19 is a cardiometabolic condition. It also found that the presence of comorbidities such as diabetes, is associated with increased risk of COVID-19 severity.

Going back to what we had learned pre-pandemic, he highlighted the NHS Health Check Programme, which showed early on that people with a South Asian background had a lower body mass index (BMI) and a higher HbA1c than those of awhite, black or ‘other’ ethnic group background when they were screened.In 2013, a screening study showed that diabetes, impaired glucose regulation and high cardiovascular disease (CVD) risk were associated with higher risk for South Asians compared with White Europeans.

When they started looking at COVID-19, the largest study in 2020 found that in type 1 diabetes, South Asian, black, mixed and other ethnic groups had significantly higher mortality risk from COVID-19 compared with white populations. For type 2 diabetes, risk of in-hospital mortality was greater for Asian, black and mixed ethnic groups, but not for ‘other’.

Then, in the largest study done so far involving data from 61 million people, they showed that black and South Asian ethnic minority groups were at much higher risk of COVID-19 in-hospital mortality risk compared with the white population.

With regard to ethnicity and cardio-renal complications in people admitted to hospital with COVID-19, data showed that those in the South Asian and black ethnic minority groups had a much higher rate of primary outcome (any in-hospital cardiovascular or renal complication).

Bringing all of this together, they did a systematic review of over 50 studies including over 18 million patients. It showed that overall, particularly for South Asians, there was a higher association with COVID-19 intensive care admissions. For non-white populations overall, it was a 26% increased association. However, in this study, mortality was not increased for ethnic minority groups, showing that although admissions were higher, the care they received led to better outcomes.

Another study looking at patterns of multimorbidity found that the highest risk of severe COVID-19 infection was in those with chronic kidney disease (CKD) and diabetes, two conditions that have a high prevalence in ethnic minority populations.

The role of social inequalities

Before the pandemic, much work was done looking at ethnicity, deprivation and type 2 diabetes. Compared with the white population, ethnic minority groups resided in more deprived populations.

When this was looked at in the context of COVID-19, they found again that the black and South Asian populations resided in more deprived areas, and positive cases, severe disease and mortality were all higher, compared with the white population.

We have always known, he said, that age at onset of diabetes is much lower in black and South Asian populations, at 10 years younger and 12 years younger, respectively, than the white population, and more from deprived areas. They also have a lower BMI and higher HbA1c. With risk of COVID-19, the pattern repeats itself, with non-white populations having a much lower age even when BMI is similar.

With regard to physical activity (a potential modifier in the risk of both diabetes and COVID-19), it was known from pre-pandemic work that the South Asian population is two to three times less likely to meet the minimum recommended physical activity levels than White Europeans. During the pandemic, data showed that ethnic minority groups were even less active, which may result in worse outcomes.

Work had also previously been done on body composition and BMI in relation to ethnicity and this was done again during the pandemic. BMI was associated with COVID-19 mortality amongst all ethnic groups but with a stronger association in ethnic minority groups.

Pre-pandemic work on ethnic, social and multimorbidity disparities in therapeutic inertia to glucose-lowering therapies found that the black population was 14% less likely to get their first medication following diagnosis compared to the white population but no difference for South Asians. During the pandemic, there were also variations. For example, Asians were more likely to get DPP-4 inhibitors, sulphonylreas and meglitinides compared with the white population, and less likely to get GLP-1 receptor agonists.

How did the work translate into interventions?

The pre-pandemic work he discussed led to the implementation of the first multi-ethnic risk score for screening people with or at high risk of type 2 diabetes, and that was converted into the Leicester Self-Assessment Risk Score to make it more accessible. This later fed into the QCovid risk-assessment tool during the pandemic, which was used to prioritise vaccination across England.

To see if these barriers were playing out again during the pandemic, they looked at ethnic inequality in COVID-19 vaccination among elderly adults in England and found that all ethnic minority groups were significantly less likely to have a vaccination compared with the white population.

This led them to use pre-pandemic methodologies to identify the cultural aspects to vaccination hesitancy, and found that some were different to those identified for injectable therapies and some were the same – for example, among the South Asian population, there were assumptions that the vaccines contained prohibited animal product content. They identified facilitators to help overcome these barriers that were then communicated to the Cabinet Office.

Working with the South Asian Health Foundation, several programmes of work were developed in conjunction with the Centre for Ethnic Health, producing graphics in different languages early on in the pandemic. These have been used widely in the UK and internationally.

Recommendations were also quickly developed to guide people who were fasting for Ramadan during the pandemic.

“We’ve learned a lot in the past two years,” he said, including much about the language of ethnicity. People don’t like the terms ‘BAME’ and ‘BME’ and we need to stop using them. ‘Ethnic minority groups’ is a more appropriate term.

This led him to discuss his passion, which is the under-representation of South Asians in research – and research priorities for this group. Previous work has shown that there was low representation of ethnic minority groups in studies and this was mirrored during the pandemic. In a systematic review of COVID-19 studies, only six out of the 1518 studies they looked at reported that they were collecting data on ethnicity.

With this in mind, they worked with the South Asian Health Foundation to come up with recommendations during the pandemic for Black, Asian and other ethnic minority groups, including research recommendations. When designing studies, ethnicity needs to become as routine as collecting age and sex. If possible, they should include all 18 levels of ethnic coding.

To summarise in simple terms, Professor Khunti said that the increased risk of COVID-19 in ethnic minority populations is likely to be down to poor control measures, increased exposure to the virus, worse social environment and increased vulnerability to the disease. Tackling inequalities is vital, and short-term actions should include culturally adapted self-management resources for public health messaging, and long-term actions such as investment in affordable housing.

Here, he highlighted the work he said he’s most proud of. If we move 25% of the most deprived populations out of deprivation, we get a 50% reduced risk of positive COVID-19 cases, severe disease and mortality. If we move 50% out of deprivation, we near enough eliminate the increased risk. It is therefore social determinants, he said, that are the driver of increased risk and the same can be said for diabetes.

In summary, he said:

See also our ongoing series of mini-tutorials: COVID-19 and diabetes.