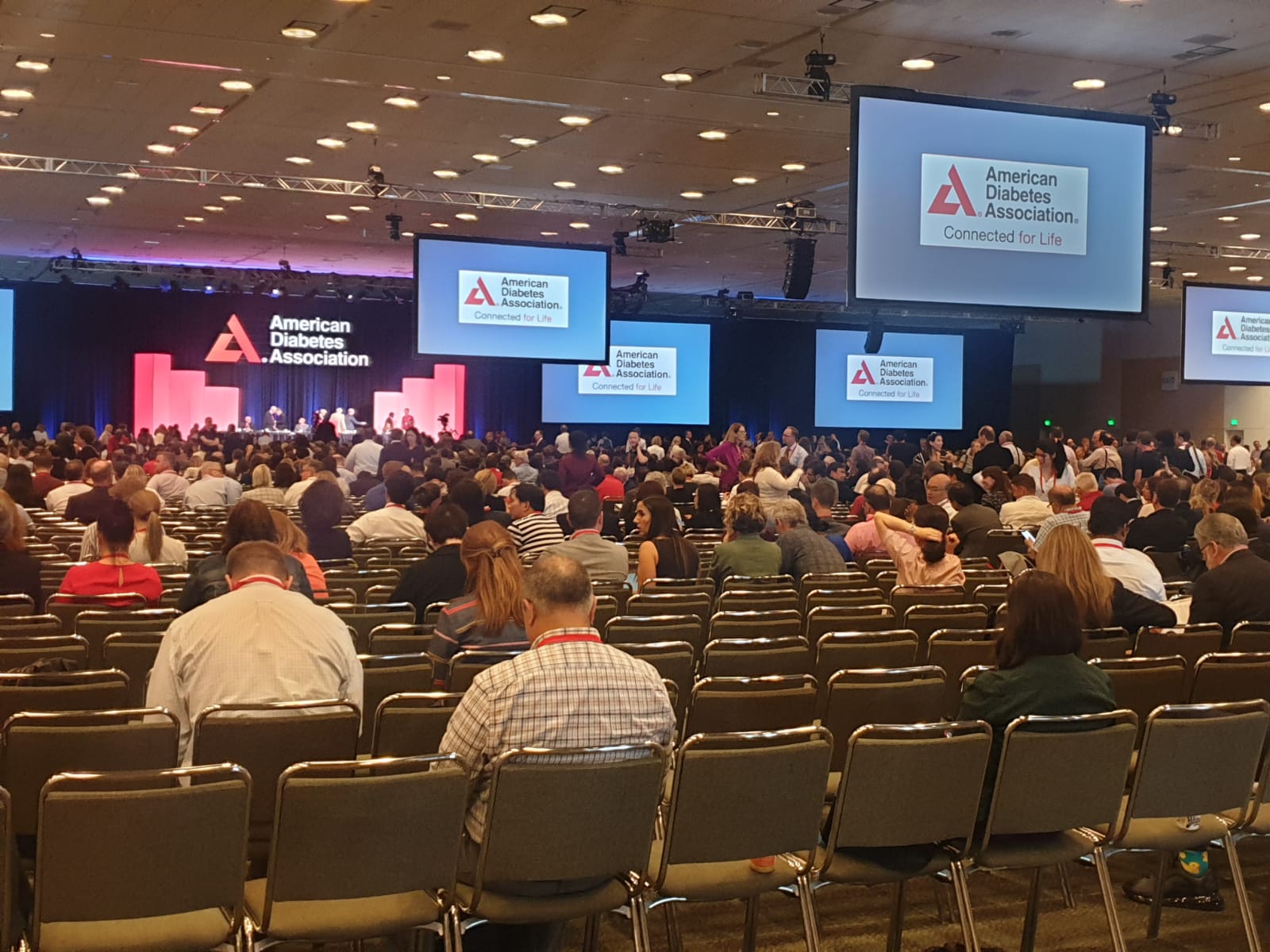 This year’s organising committee has opted to pepper the 2019 programme with debates and, like yesterday’s debate between Professor David Matthews and Professor Thomas Pieber on the link between hypoglycaemia and cardiovascular events (click here to read the report from Day 1 of the conference), today presents three very different debates.

The first of these is entitled “Challenging the Importance of Hypoglycaemia in Type 2 Diabetes – Serious or Just Hype” and features two real titans in the world of diabetes – Professor Brian Frier, from the University of Edinburgh, who argues for the motion and Professor Philip Cryer, from Washington University, St Louis, argues against.

Professor Frier suggests that hypoglycaemia in type 2 diabetes is frequently under-estimated and often under-reported so it is more difficult to get data on this. He suggests that this is, in part, due to the fact that no enquiry is made about hypoglycaemia at routine medical consultations and patients do not volunteer the information. There is often poor recall of non-severe events and, because symptoms are age-specific, manifestations of hypoglycaemia may be attributed to other medical disorders. However, he does show some evidence from the United Kingdom, that, in type 2 diabetes, hypoglycaemia becomes more frequent with increasing duration of insulin treatment and that counterregulatory deficiencies accompany progressive beta cell failure (Heller et al; Segal et al).

Moreover, in a meta-analysis of 46 real-world studies of severe hypoglycaemia in people with insulin-treated type 2 diabetes, on average, one severe episode of hypoglycaemia per year i.e. an episode requiring external assistance was observed (Edridge et al).

Professor Cryer counters that, because of the limited data available, serious, clinically important hypoglycaemia (<54 mg/dL or 3.0mmol/L)  is much less frequent than similar hypoglycaemic episodes observed in type 1 diabetes but, for Professor Frier, this does not necessarily hold true. Although only found in people with type 2 diabetes who are treated with insulin – or, to a lesser extent, sulphonylureas – this actually represents a much larger issue than in type 1 diabetes in absolute numbers and so should be considered as a very real and serious problem.

The EASD e-Learning team is currently working with leading experts in the field to build a comprehensive suite of modules about hypoglycaemia. Click here to register your interest in receiving information about this course when it launches. And click here to read our privacy policy.

The next session I attend is another debate involving arguably one of the best known names in the diabetes world, Professor David Nathan. Professor Nathan, from Massachusetts General Hospital, is the man perhaps most readily identifiable for his seminal work on the landmark Diabetes Control and Complications Trial. This was, at the time, one of the largest trials of its day and the one that showed that intensive treatment of type 1 diabetes over the course of several years significantly reduces a person’s risk of the long-term complications of the condition and it was a trial that, to this day, is routinely quoted as being one of a handful of studies that have radically altered the way that healthcare professionals treat and manage their patients with type 1 diabetes.

He is up against the Professor Bruce Perkins from the University of Toronto.

The debate centres on the newest class of drug to enter the diabetes armamentarium – the SGLT-2 inhibitors. These drugs have well-documented effects in people with type 2 diabetes on glucose control as well as having protective cardiovascular and renal benefits. But should they be used in people with type 1 diabetes – “SGLT-2 Inhibitor Adjunctive Therapy in Type 1 Diabetes Mellitus – Is It Worth It?”.

Clinical trials have shown a number of side effects of these drugs in people with type 2 diabetes – urinary tract and genital infections are not uncommon and there is very new evidence to link the drug class to cases of Fournier gangrene (Bersoff-Matcha et al). With canagliflozin, there is also a signal for amputation and there is the very real increased risk of diabetic ketoacidosis (DKA).

As someone with type 1 diabetes, Professor Perkins counters these arguments saying that people with the condition need more than just insulin. Using statins as a precedent, he explains that drugs that come from the type 2 diabetes world should be made available to people with type 1 diabetes where appropriate education can also be offered. The proven cardio-renal protection and metabolic benefits of this class of drug far outweigh the side effects and he says that patients and healthcare professionals can, together, mitigate the risk of DKA and, more importantly, that people with type 1 diabetes want to have the choice of adjunct therapies and should not be denied them. In an, as yet, unpublished piece of work, over 700 respondents were asked about their preferences for adjunctive therapies (Perkins et al, Diabetes Care, in press). Sixty nine percent favoured a low-dose SGLT-2 inhibitor, 17% a high-dose, 6% an amylin analogue and 9% opted for none of these choices.

The EASD e-Learning platform recognises the importance of the SGLT-2 inhibitors as a treatment modality in type 2 diabetes and their controversy in treating type 1 diabetes and already has four modules available online on these topics. Please click here to access these.

I finish the day at another debate. “Indications for Pancreas Transplant in the Era of Glucose Sensors and Insulin Pumps”.

Dr Silke Niederhaus, a transplant surgeon from the University of Maryland, argues that pancreas transplant is a viable option for people with diabetes as it replaces exocrine as well as endocrine function and protects from hypoglycaemia and that as there is no shortage of donor pancreata, Any person with type 1 diabetes or type 2 diabetes can be considered for a transplant and at any body mass index that the surgeon in question is willing to accept. For those with end-stage renal disease, she recommends a simultaneous pancreas-kidney (SPK) transplant citing data that 35% of patients are still insulin-independent twenty years after their SPK. For those with an eGFR of between 20 mL/min/1.73m2 and 60 mL/min/1.73m2, she recommends a number of different options including living donor transplant options and pancreas after kidney transplantation.

Dr Jessica Castle, from the Oregon Health and Science University, offers an alternative solution – the artificial pancreas – arguing that this technology is not dependent on a scarce resource and does not require immunosuppression. She focusses on three groups in which the closed loop system has been trialled – young children and adolescents, hospitalised patients and pregnant women – and the results are impressive particularly in preventing nocturnal hypoglycaemia.

Interest in closed loop technology is one that the EASD e-Learning team is very aware of and, in the summer this year, will have launched a three module course on Technology and Type 1 Diabetes. This will include a module on insulin pumps, one on continuous glucose monitoring and one on the artificial pancreas made in conjunction with two of the world’s leading authorities in this field – Professor Pratik Choudhary from King’s College London and Professor Thomas Danne from the Children’s Hospital Auf der Bult in Hanover. Click here to register your interest in receiving information about this course when it launches.