Diabetes heterogeneity in the spotlight 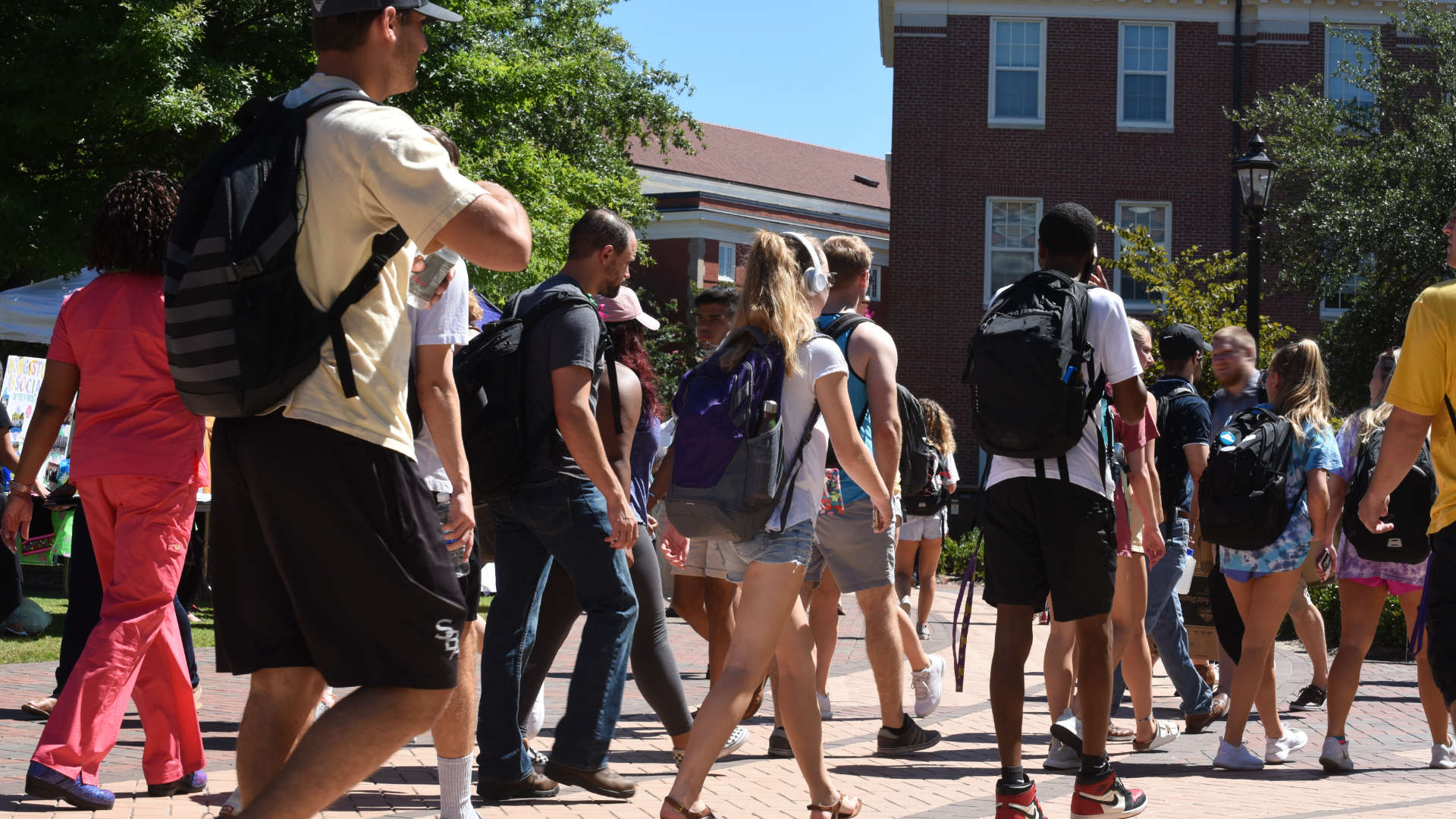 The traditional classification of diabetes, which assigns most cases as type 1 and type 2, fails to capture the complexity of the condition. The latest research on clustering and subtyping, presented at the recent American Diabetes Association (ADA) Scientific Sessions, advances our understanding of the underlying pathology and promises to improve diabetes diagnosis and treatment. Dr Susan Aldridge reports.

The World Health Organisation’s (WHO) latest classification of diabetes comprises six groups: type 1, type 2, other (including maturity onset diabetes of the young [MODY]), gestational, hybrid and unclassified. But, according to Professor Robert Wagner of the German Diabetes Centre in Düsseldorf, diabetes is far more complex than this categorisation suggests. He and his team showed this, with a plot of insulin sensitivity against insulin secretion from thousands of oral glucose tolerance tests, coming up with a set of five hyperbolic curves, corresponding to five different states of glucose tolerance, ranging from normal to diagnosable diabetes. “So, the key to understanding diabetes would be to get behind the mechanisms for this tolerance problem,” he says. “It has become clear that these disturbances cannot be explained by just one or two pathways.”

Diabetes, then, is probably not just one disease, but consists of several subtypes – all manifesting with some phenomenon of hyperglycaemia. It’s well known that people with diabetes have very divergent courses from diagnosis and glucose is just one aspect – and a poorly predictive one at that.

SAID, SIDD and so on

There has been some impressive work on diabetes subtyping in recent years. Of particular note is a 2018 paper from Emma Ahlqvist et al (see full reference below), in which patients from a Swedish cohort were grouped into five subtypes depending on the distribution of six clinical variables. These clusters are: severe autoimmune diabetes (SAID), severe insulin-deficient diabetes (SIDD), severe insulin-resistant diabetes (SIRD), mild obesity-related diabetes (MOD) and mild aged-related diabetes (MARD). Each has a distinct profile with respect to insulin secretion, insulin resistance and so on.

Within a couple of years, this clustering had been replicated all over the world and in multiple ethnicities. There were interesting findings – and surely more to come – on the progress of the five Ahlqvist clusters through the Swedish healthcare system. For instance, 20% of SIRD patients and 30% of SIDD patients were on a second diabetes drug after five years. “In the latter case, this is particularly worrying, for this group has very low insulin levels and would benefit from further therapy,” Robert says. And when it comes to reaching glycaemic targets, SIDD is actually the worst, while the SIRD cluster do mainly get there.

Looking at complications, the SAID and SIDD clusters both tend to develop retinopathy, and the latter is also prone to neuropathy. Meanwhile, the SIRD cluster is characterised by a tendency towards nephropathy. And it appears that the MOD and MARD clusters are far less likely to develop complications, or at least not at an early stage. And, although healthcare professionals are counselled never to talk about ‘mild’ diabetes (all diabetes is ‘serious’), the term may perhaps be justified in this context. Namely, SAID, SIRD and SIDD are serious, while MOD and MARD are mild forms of diabetes.

“So, is it worth clustering your patients – does it help you select the right therapy for them?” Thomas asks. “There is some circumstantial evidence from randomised controlled trials that insulin is the right therapy in SAID and SIDD, although the latter often don’t receive it. In SIRD, thiazolidinediones are probably indicated, rather than insulin. According to the ORIGIN trial, the MOD group has better glycaemic control if they receive insulin and, finally, in the MARD group, sulphonylureas show some benefit in the first year.” It will be interesting, going forward, to see how the different clusters respond to the newer medications like the GLP-1 receptor agonists and SGLT-2 inhibitors.

There are also new findings on the effect of bariatric surgery in these clusters from François Pattou’s team in Lille. First, there is an increase in estimated glomerular filtration rate (eGFR) in the SIRD and MOD clusters, meaning an improvement in nephropathy in the former. But eGFR decreases in the SIDD cluster. Second, looking at the all-important outcome of remission, the SIRD cluster either mostly or completely enter remission, but for MOD the rate is 50% and for SIDD only 10% – this, even when weight loss was comparable between the clusters.

“If we look at the rate of chronic kidney disease on diabetes diagnosis, we can see it begins much earlier,” says Robert. “Using the analogy of an iceberg, what we see on diagnosis is just the tip.” This is why he and his team have done deep phenotyping in prediabetes, using risk factors like low HDL, insulin resistance, insulin secretion, liver fat and visceral adiposity. Their TUEF/TULIP study of 899 people at increased risk of diabetes has yielded six clusters, of which clusters 1, 2 and 4 are low risk while 3, 5 and 6 are at high risk of progressing to diagnosable diabetes. Cluster 4 is particularly interesting, for these people seem to have a metabolically benign form of obesity. “We replicated this with 6810 participants in the Whitehall II cohort, and looked at diabetes incidence in following years, where we see high-risk cluster 5 being the first to develop type 2 diabetes, followed by cluster 3, which features moderate insulin resistance and low beta cell function,” Robert says. “The most interesting was cluster 6, which had high insulin resistance but very good beta cell function. We hadn’t identified cluster 6 as high risk, but in Whitehall replication they develop it after 10 years.”

Rates of nephropathy were highest for cluster 5 and also for cluster 6, maybe because this one involves a prediabetic state for a long time. For coronary heart disease, clusters 3, 5 and 6 had the highest rates, led by cluster 5. Robert also applied the analysis to all-cause mortality in the Whitehall II cohort and was not surprised to see the diabetes-prone cluster 5 having high mortality, but mortality rates were similar cluster 6, which develops diabetes later, after a long prediabetes stage.

An analysis of 201 participants in the Whitehall Study suggests that more than half of cluster 6 convert to SIRD. “Cluster 6 is the most interesting because these people have sustained prediabetes and so delayed diabetes progression. As they remain in the prediabetes state, they don’t appear on the radar of the healthcare system,” Robert says. This cluster has an increased risk of nephropathy, with the highest level of visceral fat and renal sinus fat. And their delayed progression to diabetes is probably explained by a low beta cell specific genetic score, which means they are genetically protected against beta cell dysfunction.

“From this data, we can learn about precision prevention of diabetes and its complications,” Robert concludes. “This could maybe help us guide therapy. So those with low insulin secretion need interventions to protect the beta cells and those in with high insulin resistance need to improve their insulin sensitivity and reduce liver fat. Others will need to focus on reducing their visceral adiposity.” And there will doubtless be many more options for more targeted prevention measures and interventions as research into diabetes heterogeneity progresses.