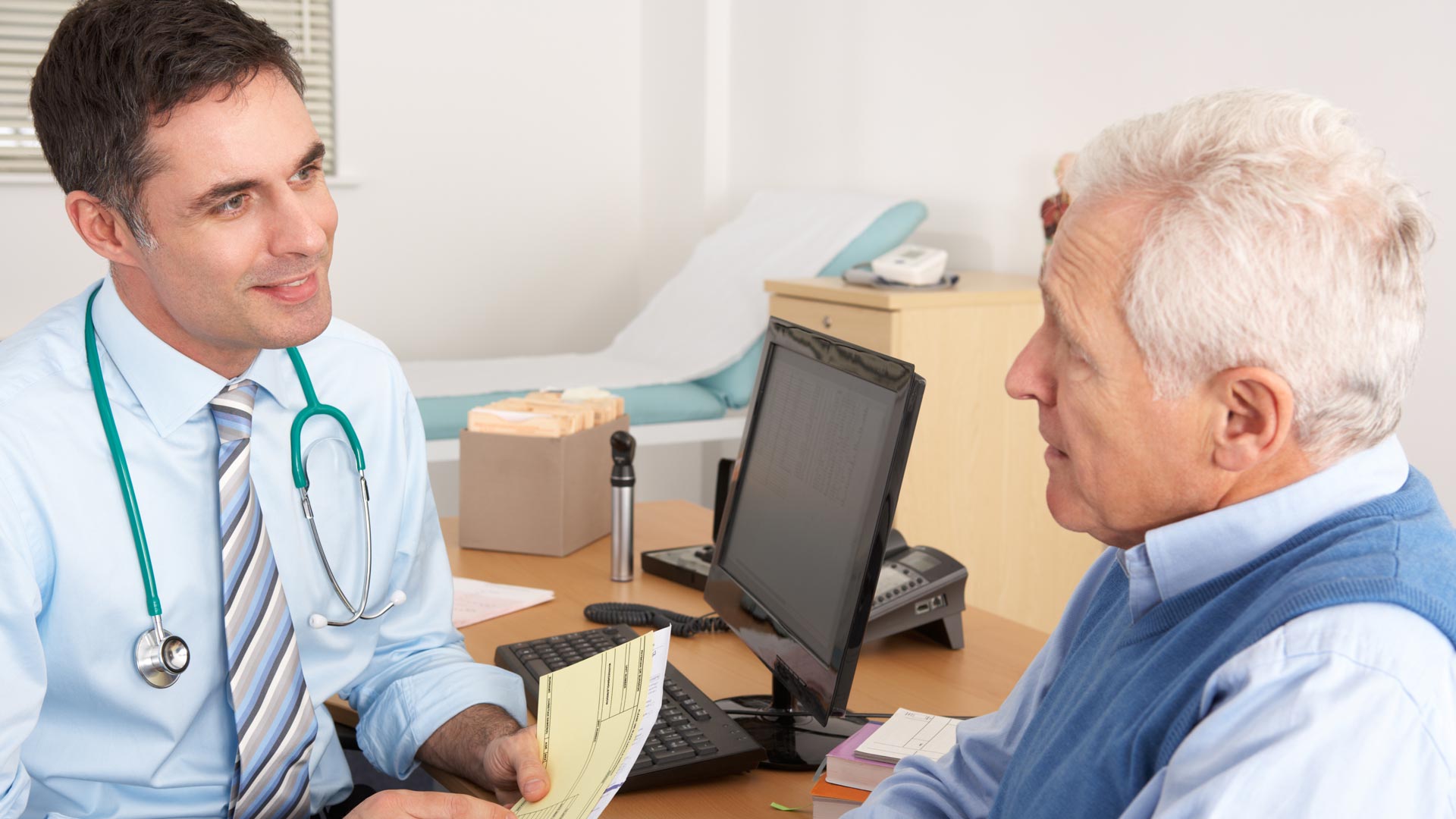 Primary care was prominent at this year’s EASD Annual Meeting, testament to the “vital, pivotal role played by primary care in diabetes around the world” – as described by Professor Andrew Boulton, chair of the ‘Diabetes in primary care’ session.

To kick that session off, Simon Griffin reported results from a 10-year follow up of the ADDITION-EUROPE study, a parallel group trial conducted in Denmark, the Netherlands and the UK. This study originally investigated the feasibility of population-based screening for undiagnosed type 2 diabetes in primary care and the effects of intensive multifactorial treatment in primary care of screen-detected diabetes and associated risk factors. Simon reported findings which demonstrated that step-wise screening is feasible in a primary care setting. The intervention to promote intensive management of people with type 2 diabetes was also shown to be feasible in primary care, and was associated with statistically significant though modest differences in prescribed treatment and levels of cardiovascular risk factors in the five years following detection by screening compared to the non-intensive group. However, these between-group differences were not present at 10 years. Notably, cardiovascular risk factors improved in both groups during the 10 years following detection by screening.

This was followed by rather more discouraging outcomes from a study presented by Manel Mata-Cases, based on data from 274 primary healthcare centres in Catalonia – around 5.8 million patients. In a slide which, had this not been a virtual conference, might have drawn collective gasps from the audience in the hall, Manel showed that while attainment of cardiorenalmetabolic targets such as blood pressure and cholesterol had steadily improved between 2007 and 2013, rates of attainment for HbA1c remained stubbornly unchanged. Around half of patients with type 2 diabetes did not reach glycaemic goals, younger patients having the worst control. Manel linked these findings to therapeutic inertia, with glycaemic control worsening in the more complex steps of treatment. He called for better use of antidiabetic drugs that have proven cardiovascular and renal benefits, drugs which he reported to be currently underprescribed in Catalonia.

The other end of the glycaemic spectrum – hypoglycaemia – was the subject of the concluding presentation, from Kamlesh Khunti, which asked whether primary care professionals should worry more about hypoglycaemia in their patients with type 2 diabetes. Reflecting on a number of real-world studies, Kamlesh highlighted the significance of hypoglycaemia among those with insulin-treated type 2 diabetes and those on sulphonylureas. Moreover, hypoglycaemia is widely feared by patients and healthcare professionals, potentially presenting a barrier to effective glycaemic management. It can also influence cardiovascular risk. For instance, the ADVANCE trial (2010) showed that severe hypoglycaemia was strongly associated with increased risk of a range of adverse clinical outcomes.

So what should primary care practitioners do? Kamlesh flagged up recommendations from the International Hypoglycaemia Study Group, in particular urging all healthcare professionals to choose approaches to glucose lowering that minimise risk of severe hypoglycaemia, and to refer patients for self-management education programmes regarding avoidance and management of hypoglycaemia.

For more on subjects covered in this session, see our course on Therapeutic inertia.

A new EASD e-Learning course on Hypoglycaemia is currently in development and will be launching in 2021.

The opinions expressed in this blog are those of the author Dr Eleanor D Kennedy.

Simon Griffin. Multifactorial treatment of diabetes: 10-year follow up of the ADDITION-EUROPE study.