A review published in a recent issue of Diabetologia reveals that South Asian people appear to store more fat in the liver than their white European counterparts. This may help explain why they run a higher risk of type 2 diabetes, given the increasing evidence on the importance of liver fat in the pathogenesis of the condition. Dr Susan Aldridge reports.

South Asian people who live in Europe and North America have a two- to five-fold higher risk of developing type 2 diabetes than those of white European descent living in the same countries. They also develop the condition at a younger age and at a lower BMI. Meanwhile, South Asian people without diabetes have higher fasting glycaemic indices and more insulin resistance.

Conventional risk factors do not account for these differences. However, it has been suggested that South Asian people are more prone to increased central adiposity and to storing fat, as ectopic fat, in deeper abdominal compartments, such as around the viscera or liver. This might be a pathway that leads to increased insulin resistance and increased risk of type 2 diabetes and cardiovascular disease.

They may have a lower capacity to store fat subcutaneously, leading to ‘spillover’ into deeper parts of the body and deposition of ectopic fat. This is the so-called adipose tissue overflow hypothesis. We know that this kind of fat has harmful metabolic effects and could play a role in the development of type 2 diabetes.

However, evidence of ethnic differences in fat distribution has so far been conflicting. Therefore, Stamatina Iliodromiti of Queen Mary University London, James McLaren of Glasgow University and colleagues elsewhere have reviewed the data on amounts of subcutaneous (SAT), visceral (VAT) adipose tissue and liver fat between South Asian and white European adults. This will provide the best assessment to date of ethnic differences in fat distribution that may impact risk of type 2 diabetes.

The authors analysed two of their own as-yet-unpublished studies, new data from the UK Biobank imaging study and the published literature. Their own studies were of lifestyle and cardiometabolic risk factors of South Asian and white European men and women, aged 40 to 70 and without diabetes, living in Scotland. Both involved radiological assessment of fat distribution in the participants. The Biobank imaging study began in 2014 and is collecting imaging data of vital organs, including MRI measurements of abdominal body fat, via recall of 100,000 participants – so far, there is data for 30,000 participants. The authors compared Biobank abdominal imaging data for South Asians without diabetes with that for white Europeans, also without diabetes.

The literature search covered studies where men and women of South Asian were compared with a comparison group of white European men and women and had measurements of SAT and VAT and/or liver fat carried out by computerised tomography (CT) or magnetic resonance imaging (MRI). This search yielded eight studies suitable for inclusion in the meta-analysis.

The lower BMI in South Asian men and women might have contributed to the absence of a difference in VAT between the two ethnic groups. For in a subset of studies where BMI was matched between South Asians and white European men and women, South Asians did have more VAT, as well as higher levels of SAT and liver fat.

The central role of the liver in diabetes pathogenesis has become increasingly apparent in recent years. It is a site of excess fat storage in people with hyperinsulinaemia, leading to excess hepatic gluconeogenesis. Markers of liver fat and their change over time can be predictive of type 2 diabetes. And the DiRECT low-calorie diet trials have shown that substantial weight loss, including reduction in liver fat, can lead to improved insulin sensitivity and the remission of type 2 diabetes. Also, export of excess triglyceride from the liver might be a key feature in beta cell dysfunction. South Asians are known to have higher circulating triglycerides compared with white Europeans at the same BMI. Recent genetic studies have also suggested a causal role for liver fat in type 2 diabetes.

Finally, having greater SAT at a lower BMI in South Asian men suggests they have lower lean muscle mass. This is an independent risk factor for type 2 diabetes, and other studies have shown that it contributes to higher levels of insulin resistance in South Asians.

According to the ‘adipose tissue overflow’ hypothesis, fat deposition starts in the subcutaneous region until its capacity is exhausted. Further fat then leads to its accumulation in deeper adipose compartments as ectopic fat – either visceral or hepatic. This ‘tipping point’ or ‘personal fat threshold’ varies for each individual and depends upon genetic and environmental factors. It looks as if the point occurs at lower BMI in South Asians, which these new findings confirm.

However, the authors point out that South Asian men also had higher levels of SAT. The significance of this in relation to higher levels of liver fat remains unclear and needs further study. There is some evidence that South Asian men have larger adipocytes in their subcutaneous compartment compared with their white European counterparts, even when matched for total and body fat. The authors suggest that these subcutaneous adipocytes in South Asian men have the capacity to become hypertrophic – packed with fat – hence allowing more fat to accumulate here. In addition, hypertrophic adipocytes are associated with greater insulin resistance, which also increases the risk of type 2 diabetes.

These findings suggest that there is a need for more research into why South Asian people accumulate liver fat more rapidly and at lower BMIs, and whether lifestyle measures, particularly intentional weight loss, can reverse this. It should be noted that studies showing loss of liver fat with low-calorie diet were done mainly in white Europeans, so there is clearly scope for further investigation. 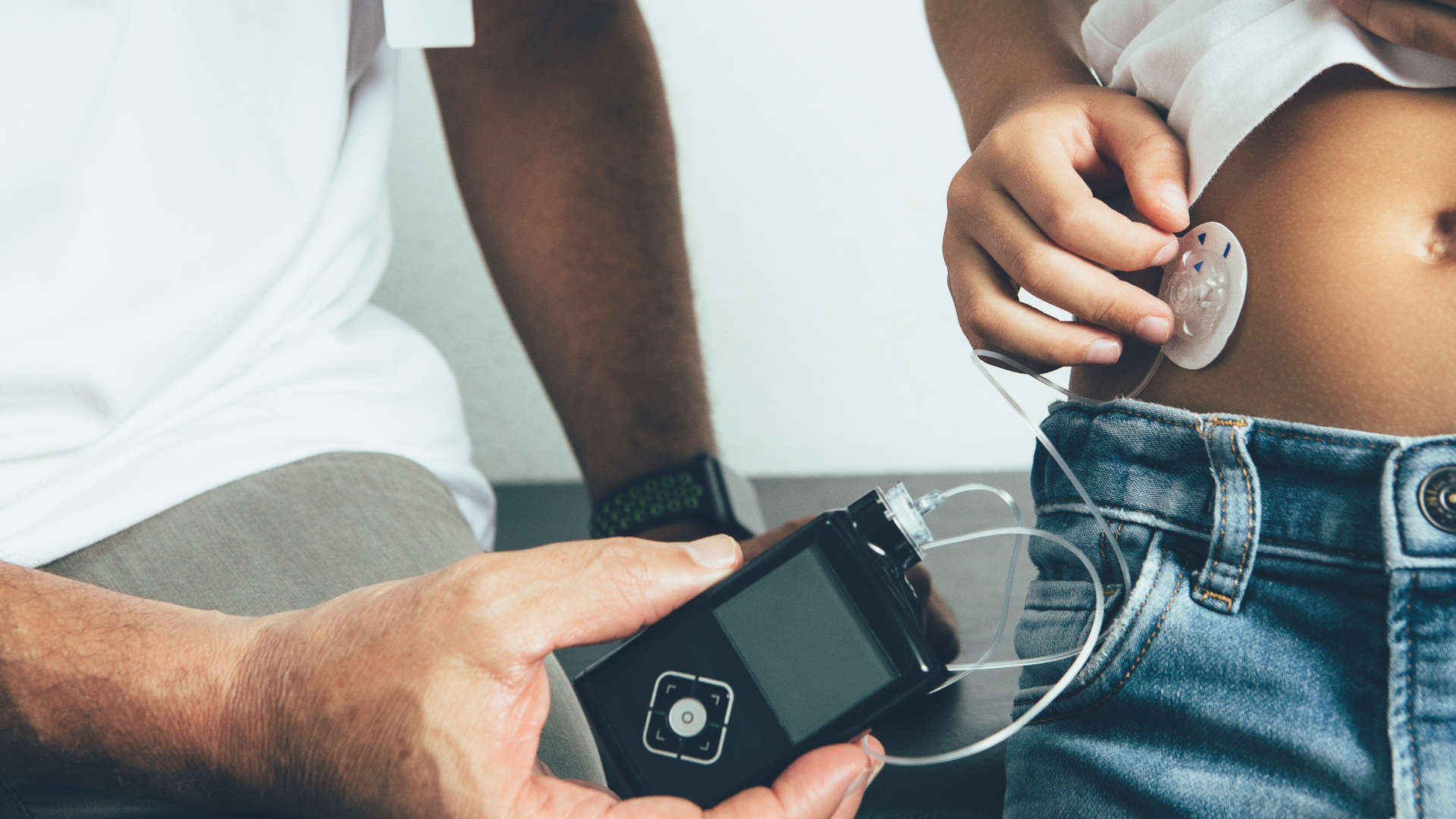