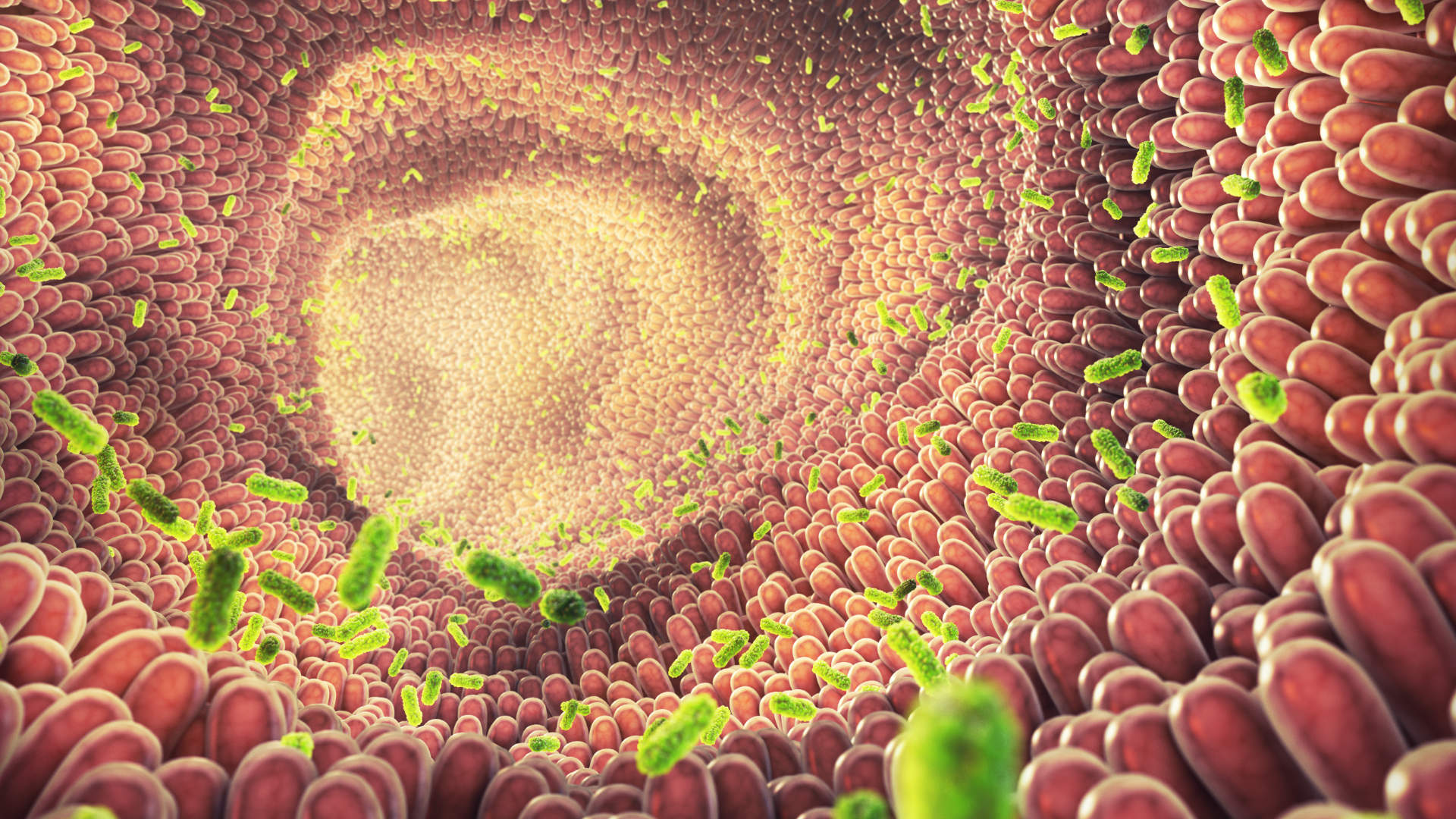 The composition and activity of the gut microbiome play an important role in weight loss or weight gain, according to new research presented at EASD 2022. The findings could be used to develop a new approach to weight management. Dr Susan Aldridge reports.

Some adolescents gain a lot of weight after taking the antipsychotic drug risperidone. Dr John Kirby, Professor of Microbiology and Immunology at the Medical College of Wisconsin, teamed up with a psychiatrist to investigate and they observed a shift in the gut microbiota of their subjects. Moving to experiments in mice, they put risperidone at physiologically relevant concentrations into the animals’ drinking water and saw that they also gained weight, as well as developing changes in their gut flora. If they then transferred a stool sample from these mice into naïve mice, these animals also gained weight. “So, this helped us to establish causality for the altered microbiota causing the weight gain on risperidone,” Dr Kirby said. “It was then a matter of establishing the underlying mechanism.”

For this they turned to respirometry, building devices that could measure the anaerobic component of resting metabolic rate (RMR) in animals and link it to their body mass. When mice were put on risperidone, there was a huge suppression in anaerobic RMR compared with that in control animals, leading to weight gain. “We immediately thought of gut bacteria and took advantage of the fact that mice have a cecum, which is a giant pouch filled with bacteria,” Dr Kirby explained. “We removed this and compared the anaerobic RMR before and after removal.”

Removal from control animals caused a reduction in RMR, meaning that bacteria in the cecum are burning a huge number of calories. However, with risperidone-treated animals, removal of the cecum makes no difference to the RMR, implying that the altered microbiome is not burning calories any more. “So this supports our conjecture and the title of our paper is ‘gut microbiota represent a major thermogenic biomass’. We think that’s a huge deal,” Dr Kirby said. “That’s probably why some of us can get away with eating a pepperoni pizza and others cannot.” Bacteria use their metabolites to establish territory, and supplying xenobiotics, like risperidone, disrupts this system.

Dr Kirby and his team sequenced ‘everything’ in their experimental animals and found that microbiomes exposed to risperidone were depleted in certain bacterial species, compared with controls. One of these excluded species, Lactobacillus reuteri (L reuteri), is of particular interest because it makes a specialised metabolite, called reutericyclin, which turns out to be the molecule that prevents weight gain. Experiments with a mutant of L reuteri that cannot make reutericyclin showed that mice gained weight on risperidone, but if a competent strain is used instead, it is protected from weight gain, as are mice when reutericyclin is added to the mutant strain.

“So essentially what we think is happening is that gut bacteria are extracting calories from your diet and risperidone shifts that balance,” Dr Kirby said. “Risperidone-fed animals have higher visceral fat content, so it looks as if calories are either redirected to host adipose tissue or burned, depending on whether risperidone is present or not.” And, importantly, the presence of the metabolite reutericyclin prevents risperidone-related weight gain.

“As a microbiologist, I’ve been trying to figure out what is going on with the bacteria themselves using microcalorimetry, which directly measures bacterial heat production,” Dr Kirby said. The SYMCEL, developed ‘just up the road’ from the EASD meeting at the Karolinska Institute, measures heat flow in real time.

“The bottom line is that the bacterial contribution is in line with what we see with the whole animal,” Dr Kirby said. “So that’s a gamechanger for us. We are going to go forward with microbial consortia and with specialised metabolites and heat-production experiments, and try to match that with calorimetry in animals.”

The take-home message here is that gut bacteria comprise a thermogenic organism, burning calories to keep us from gaining weight. This process can be disrupted by exposure to xenobiotics, like risperidone. But Dr Kirby’s team have identified a metabolite from gut bacteria that plays a key role in burning calories. Watch this space – they have taken out a patent in the US on reutericyclin to prevent weight gain.