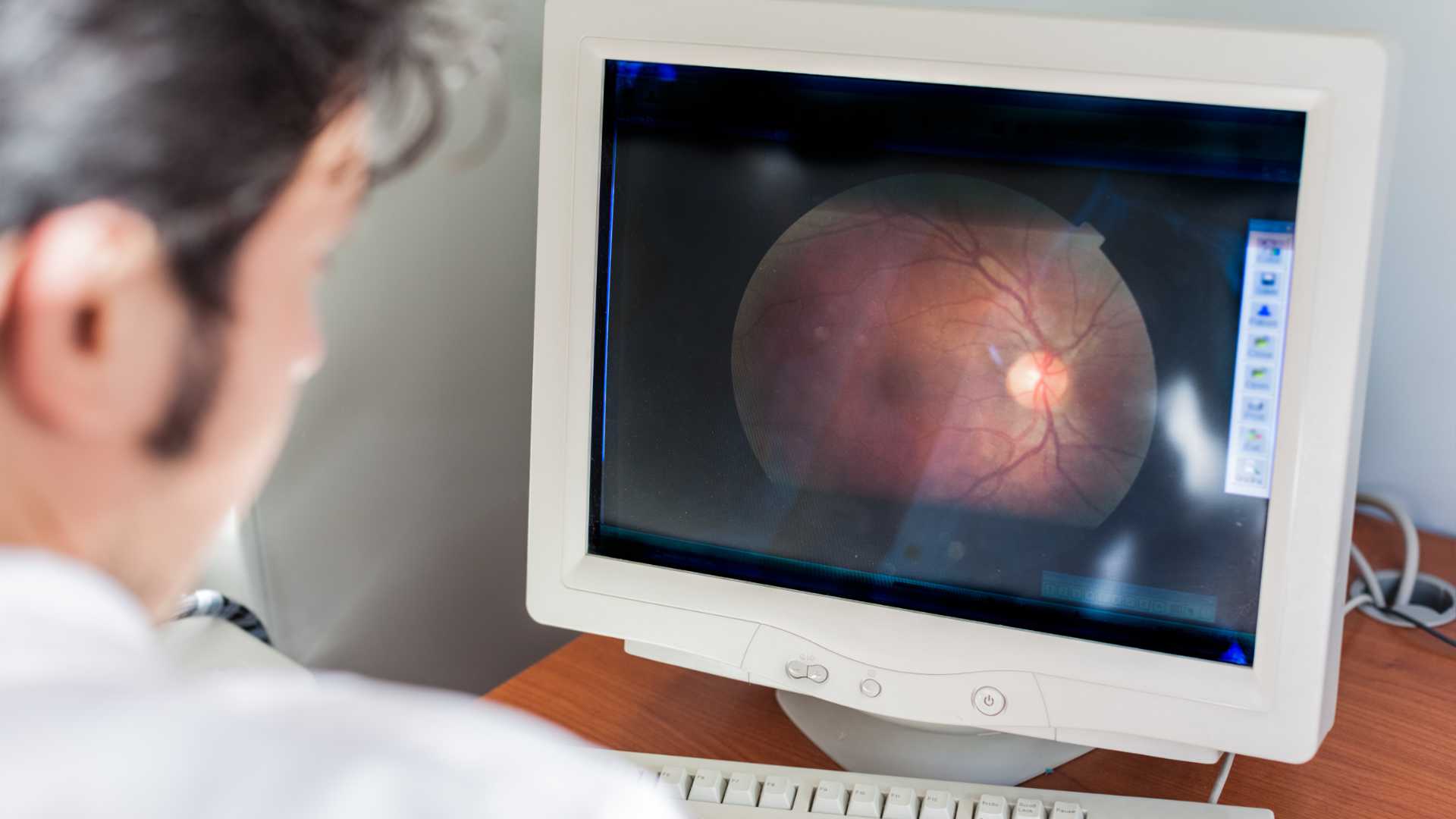 Findings presented at the 57th EASD Annual Meeting suggest that calcium dobesilate can prevent retinal damage by stopping capillary leakage. It may therefore be able to protect the eyesight of people with diabetes by slowing the progression of diabetic retinopathy and diabetic macular oedema. Dr Susan Aldridge reports.

Calcium dobesilate, a compound that has been around for more than 50 years, is approved in some countries for the treatment of diabetic retinopathy (DR), but it is not as widely used as perhaps it might be. It has now being tested for its potential application to another diabetes-related eye condition – subclinical diabetic macular oedema (DMO).

Dr Olga Simo-Servat, an endocrinologist from the Vall d’Hebron Hospital in Barcelona, reported on findings from the CADODIAME trial. “Calcium dobesilate has several different modes of action in the eye which need to be investigated,” she said. Its systemic effects are known to include protection against blood-retinal barrier breakdown, anti-angiogenesis and improvement of endothelial-dependent vasodilation. It also has antioxidant and anti-inflammatory properties and beneficial effects upon blood flow. “Our group has contributed to understanding the way calcium dobesilate exerts its effects on the retina,” she continued. “We have also demonstrated that, apart from its effects on the blood-retinal barrier, it has a neuroprotective effect by preventing neurodegeneration and vascular leakage.” Her group has now worked out a pathway explaining how these effects arise from the antioxidant and anti-inflammatory properties of calcium dobesilate.

When it comes to clinical application, a meta-analysis of eight trials of calcium dobesilate in early DR showed improvement in retinal microaneurysms, exudates and haemorrhages. These are all characteristic features that will show up on a diabetic eye screening exam when this condition is present.

Calcium dobesilate has already undergone a trial in DMO – a common eye complication of diabetes. As the name suggests, in DMO the macula – a yellow region in the centre of the retina, which is packed with cones – becomes swollen and thickened with fluid and protein deposits arising from leakage of nearby capillaries. The condition results in distortion of central vision and loss of sharpness and clarity.  A double blind placebo-controlled trial of calcium dobesilate in DMO carried out five years ago actually showed no benefit overall. However, when a subgroup of women with high HbA1c and hypertension was analysed, a clear benefit was observed. A limitation of this trial was that a significant number of participants did not complete it, and adherence to the treatment was not assessed. So, clearly, there was scope for further investigation of calcium dobesilate, with the CADODIAME study.

Subclinical DMO is characterised by thickening of the retina – as measured by optical coherence tomography (OCT). Those who are affected progress to full DMO at a rate of 14 to 18% per year. “Since calcium dobesilate can reduce vascular leakage in early diabetic retinopathy, we wanted to see if it would have the same effect in subclinical DMO and so prevent, or reduce, the thickening of the retina,” explained Dr Simo-Servat.

There were 30 participants in each arm of this placebo-controlled trial, all of whom had subclinical DMO and mild to moderate diabetic retinopathy. Those in the intervention arm received 500 mg calcium dobesilate twice a day and they were followed up with OCT and glucose measurements at the 4, 8 and 12-month mark. During this time, they all had acceptable glycaemic control, so that wasn’t responsible for any retinal changes seen.

“Retinal thickness decreased by a thickness of 2.5 microns in the treatment group, and in the placebo group it increased by 3.8 microns – but this difference did not reach statistical significance,” said Dr Simo-Servat. As in the earlier trial, hypertension was an important factor affecting retinal thickness, pointing to the importance of controlling this in order to maintain eye health in diabetes. The researchers also measured progression from subclinical to full DMO over the year of the trial. “Remarkably, only one person in the treatment group and three in the placebo group progressed to DMO, and this difference was statistically significant,” said Dr Simo-Servat. When it came to progression of DR, those in the treatment group did improve while those in the placebo group either remained stable or got worse. This time the difference was significant, underlining earlier success calcium dobesilate has shown in DR.

So, although calcium dobesilate did not have a statistically significant effect on retinal thickening – at least after one year – it did reduce progression from subclinical to full DMO and proved useful as a treatment for DR. “Further studies with more patients and longer follow-up do now seem warranted,” concluded Dr Simo-Servat.

In questions, Dr Simo-Servat was asked whether, on the current evidence, she would herself prescribe calcium dobesilate to a patient. “I would, because apart from controlling glycaemia and hypertension – which is not easy – calcium dobesilate is the only thing we can offer in the early stages of DR and DMO that actually does something to the retina.” She added that she had really expected more clinical significance from CADODIAME and hoped she would be able to do a two or three-year study to prove the value of calcium dobesilate in both DMO and DR.

There are very few substances that can tighten the blood-retinal barrier, so another delegate asked if she had any further insights into why calcium dobesilate has this property. “We still don’t really know, but I suggest that its antioxidant and anti-inflammatory effects help maintain the endothelial barriers. However, there may be an additional mechanism still to be discovered.”