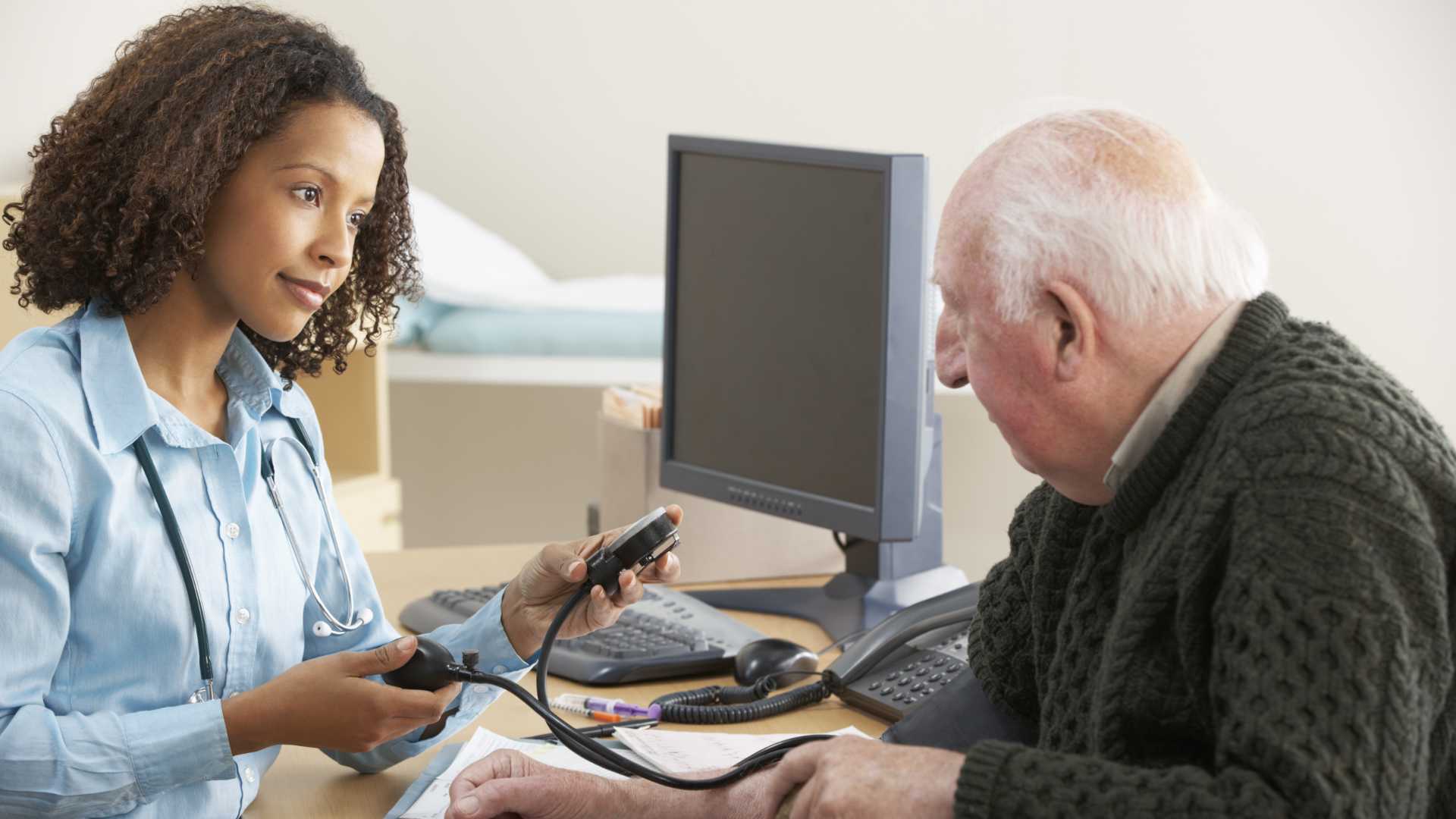 Kevin began his talk on NAFLD with his patient ‘Eric’, who is typical of those seen in day-to-day practice. Eric, 52, has type 2 diabetes, borderline hypertension, HbA1c slightly above target, dyslipidaemia, enlarged waist circumference and – borderline, “slightly deranged” liver function tests. “We often see this in primary care and don’t quite know what to do, so we end up repeating them in four weeks and hoping for the best,” Kevin said.

“So, what is your next step when those liver function tests come back the same?” Kevin asked. “Do you just reinforce that all-important lifestyle advice, revisit his alcohol consumption? Or do you ‘phone a friend’ and refer him to gastroenterology or hepatology? Do you arrange a routine liver ultrasound or an ELF check? That’s an enhanced liver fibrosis test, which is a non-invasive way of assessing any degree of liver fibrosis via a blood test.”

NAFLD is the most likely diagnosis Eric has with these liver function tests and there is plenty of information to guide us to that, including a 2016 NICE guideline and a helpful algorithm on abnormal blood tests published by the British Society of Gastroenterology.

“While mortality from vascular disease, respiratory disease, and even cancer, have fallen over the last 40 years, mortality from liver disease has risen four-fold since the 1970s,” said Kevin. This has been driven by alcohol misuse, chronic viral hepatitis – hepatitis B and C – and, increasingly, obesity and the metabolic syndrome, which may lead to NAFLD.

“And, of course, there is a very strong association with type 2 diabetes. NAFLD is seen in 70% of people with type 2 diabetes and up to 80% of those with obesity,” he continued. “So, if you see signs of NAFLD, and the person is not known to have diabetes just check the HbA1c, because of that close relationship. Also, be aware that people can still develop NAFLD with a BMI in healthy range.”

NAFLD spans a continuum of progressive pathological liver changes – the earliest and most benign is hepatic steatosis, where the fat content of the hepatocytes exceeds 5%. “What we want to prevent is progression to the more inflammatory stage of nonalcoholic steatohepatitis (NASH) that is associated with fibrosis, cirrhosis and hepatocellular carcinoma,” said Kevin. “In our role as GPs, nurses or pharmacists in primary care, if we can detect these NAFLD-related changes early, there are some clinical interventions and lifestyle changes that may slow or even stop progression of liver disease.”

“And we do see this bidirectional relationship with features of the metabolic syndrome – so that dyslipidemia we saw in Eric’s blood, that borderline hypertension, that enlarged waist circumference and, of course, the type 2 diabetes – these all increase the risk of fatty liver disease.”

In its 2016 guideline, the UK’s National Institute for Health and Care Excellence (NICE) recommends the ELF test for patients who may have NAFLD and Fibroscan for heavy drinkers. “Of course, the major issue for us in primary care is that neither is available routinely,” said Kevin. “So, this is another example of a NICE guideline where there’s a bit of a disconnect between what NICE thinks we should be doing in primary care and what is actually available.”

So what can be done in their absence? The British Society of Gastroenterology recommends use of the NAFLD fibrosis score ( www.nafldscore.com ) “It’s like the QRISK, but for your liver,” he explained. “It assesses the individual’s future risk of developing fibrosis.” Also helpful in primary care, although rather a crude tool, is the AST/ALT ratio. If this is less than 1.0, it suggests low risk of progression to NASH, if greater than 1, this suggests risk of progression to more serious liver disease – perhaps inflammatory – and if it is more than 2, this is strongly suggestive of alcoholic liver disease, because AST is exquisitely sensitive to alcohol-related liver damage. Those with a ratio greater than 1 should be referred to hepatology.

“In my opinion, NAFLD is an independent cardiovascular risk factor and I’m sure we’ll see it as such in QRISK4 in a few years’ time,” Kevin predicted. “I told you about the bidirectional relationship between NAFLD and the metabolic syndrome, so we should assess cardiovascular risk using QRISK3, and consider a statin if the score is 10% or more.”

There is no reason not to start a statin for someone with NAFLD, unless their liver function tests are three times the upper limit of normal. Statins only need to be stopped if liver enzymes double within three months of starting them.

Healthy lifestyle and weight reduction remain pivotal to the prevention and treatment of NAFLD. “There are some really useful stats here to share with our patients who have NAFLD, to try and motivate lifestyle change,” Kevin said. “A 5 to 7% weight loss from baseline can significantly reduce liver fat content and features of steatohepatitis, while weight loss of over 10% can reduce fibrosis, irrespective of the weight loss method used.”

In terms of medication for NAFLD, there are no currently approved therapies, but several drugs in development and some “very compelling” data for several diabetes drugs. “In the NICE guideline, they recommend pioglitazone and vitamin E for people living with NAFLD, irrespective of diabetes status, so perhaps that’s something we might consider for patients such as Eric.”

Kevin concluded by discussing a trial of semaglutide in NASH, which involved 329 individuals with biopsy-confirmed NASH and liver fibrosis. They were assigned to one of three daily doses of subcutaneous semaglutide, or placebo. Significantly higher numbers of those on semaglutide experienced resolution of their NASH. Moreover, an audit of 20,000 patients, from the Association of British Clinical Diabetologists and presented at the recent EASD conference, showed that use of an SGLT-2 inhibitor correlated with a statistically significant reduction in ALT. Those on empagliflozin had the greatest reductions. “These reductions in ALT are correlated with weight loss, but this doesn’t fully account for full effect,” Kevin commented. “This suggests, perhaps, a direct effect of SGLT-2 inhibitors on improving those liver enzymes.”

Finally, there is the SURPASS-3 trial, also reported at the EASD meeting. “There is a new molecule, tirzepatide, that we’re going to have to become familiar with. It reduced liver fat by nearly half and there were associated improvements in liver enzymes. Tirzepatide is a GIP, GLP-1 receptor agonist – a supercharged GLP-1 agonist, if you like.  Although this was a small study, with just 290 participants, the results were compelling. So, watch this space!”

For more on NAFLD, NASH and GLP-1 receptor agonists, enrol on the following of our courses: