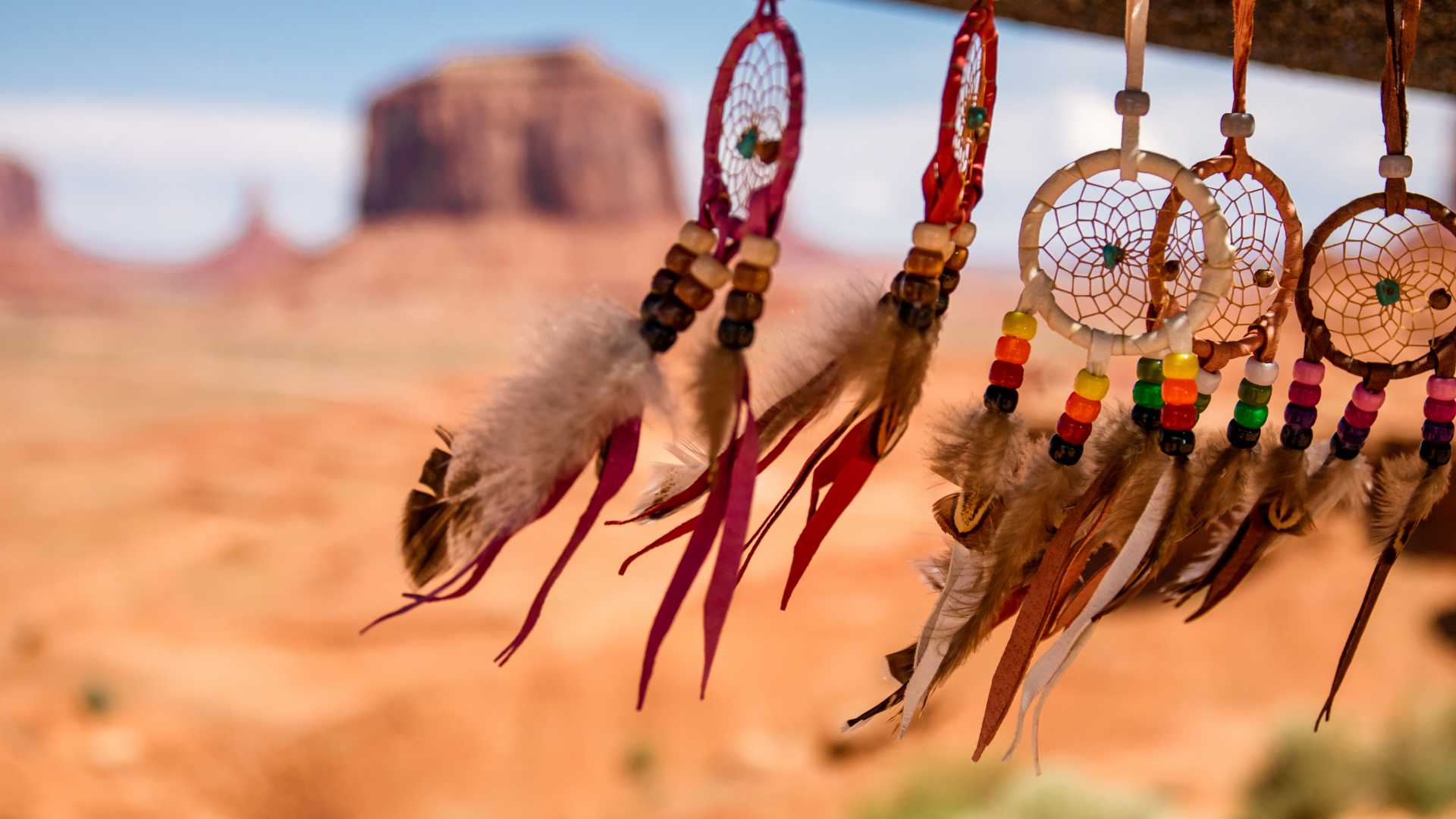 An overemphasis upon biomedical science could prevent precision medicine from addressing health inequalities fully. As researchers try to move away from ‘one size fits all’ in healthcare, in a recent issue of Diabetologia historian Arleen Tuchman makes a plea for more emphasis upon the social determinants of health. Dr Susan Aldridge reports.

We all agree that there are health inequalities in diabetes, with the condition being more common in some populations than others. But there is no consensus over how to explain these disparities – whether they arise mainly from biology, including genetics, or whether the social determinants of health, such as food security and access to healthcare, are more important. Professor Arleen Tuchman, a specialist in the history of science and medicine at Vanderbilt University in Nashville, USA, argues that “precision medicine sits uncomfortably in this space”. Promising ‘the right therapy for the right person at the right time’ replaces ethnic and racial groups with clinical sub-phenotypes, opening up the possibility of treating each person as an individual. Also, the use of big data to gather information about every aspect of people’s lives promises to set aside the division between genes and environment.

But there are two major problems to be addressed before precision medicine can contribute fully to eliminating health inequalities. First, the costs involved in precision medicine make it less likely that the benefits will be felt by those with limited resources, wherever they live. Second – and this is the topic of Professor Tuchman’s article – is the heavy emphasis on the ‘omic sciences (genomics, proteomics, and so on) in precision medicine.

It’s not that the precision-medicine community isn’t aware of non-biological factors. The first consensus report from the ADA and the EASD says the goal of precision medicine is actually to “couple” knowledge of the genetic and metabolic state of the disease with “detailed information about lifestyle and environment”. Similarly, the 2011 National Council Report exploring the potential of precision medicine makes a strong case for including information about issues that can contribute to health inequalities, such as exposure to pollution, socioeconomic status and quality of services.

Yet these fine declarations have not generated nearly as much interest and funding as have the ‘omic sciences. If precision medicine is to succeed, far more needs to be known about the different material and social environments in which people live, work and face health challenges.

Meeting this challenge won’t be easy, though, because the USA and other western industrial countries have long preferred the biomedical approach to improving health outcomes. This tradition dates back to the discovery of bacterial causes of infectious disease and the eventual development of vaccines and antibiotics. However, the decline in mortality from infection – and accompanying increase in life expectancy – probably had more to do with improvements in public health from establishing clean water supplies and sewer systems. Health inequalities continued when certain groups, such as Native Americans, did not have equal access to these improvements. But, throughout the 20th century, the medical profession, by and large, said that biology accounted for the differences in rates of chronic disease between different population groups, as the following examples show.

Diabetes as a Jewish disease

When rapidly increasing rates of diabetes were first noticed, in the late 19th century, it was apparent that not all population groups were equally affected. “Hebrews seem especially prone to it,” said the famous physician, William Osler. Diabetes pioneer Elliott P Joslin agreed that “the frequency with which diabetes occurs in the Jewish is proverbial.”

Jewish people were widely regarded as a separate race at the time, and some believed that a hereditary defect accounted for their higher diabetes rates – possibly one that involved a tendency to obesity or to neurotic temperament. Others blamed the Jewish lifestyle, with its emphasis on ‘high living’ – this despite the fact that most Jewish people in early 20th century USA lived in poverty. Joslin himself believed Jewish people were more susceptible to diabetes not because of they were Jewish, but because they were fat. He also said that physicians who had diabetes patients who were fat should use shame to get them to change their habits. Jewish physicians responded by saying that “oppression, privation and every possible mental distress” was responsible for diabetes in their community. It is not clear who is right or even whether Jewish people did, in fact, suffer disproportionately from diabetes. Professor Tuchman’s point here is that many were quick to reach for a biological or behavioural explanation for a perceived health inequality.

A similar indifference to the social determinants of health was displayed when the world’s highest diabetes rates were discovered among Native Americans. The Canadian geneticist David L Rimoin carried out a comparative study of diabetes in the Amish people and the Dineh (Navajo). He said that diet alone could not account for the differences he found and concluded that diabetes in these two populations must differ on a genetic basis. Professor Tuchman points out that Rimoin equated environment with diet alone, ignoring other aspects relating to poverty. Soon, the idea that Native Americans were at high risk of diabetes because of their genetic make-up took hold. They were said to possess ‘thrifty’ genes, which might have helped early humans survive through periods of feast and famine. In times of abundance, these genes increase the efficiency with which fat is stored.

Native activists, however, pointed to colonialism and the demise of traditional food as the root causes of high diabetes in the Pima Indians. They once grew their own food and relied upon the Gila River for irrigation, until white settlers diverted its flow, making agriculture they relied on impossible.

The US government and health inequalities

The Jewish and Native American examples both show how strong a grip the biomedical framework – and genetics in particular – has had, historically, on our understanding of health inequalities. Professor Tuchman then moves on to 1985, when the USA government set up a taskforce to determine the extent of the nation’s health inequalities, the reasons for their persistence and to look at how to get rid of them. They focused on four groups: black Americans, native Americans, Hispanic Americans and Asian Americans and produced a 10-volume report – known as the Heckler Report, after its main author. Readers were shocked to learn of the wide and enduring scale of health inequality among these groups, after all the work of the civil rights movement.

But the Heckler Report spent just a few pages on the social determinants of health in the introductory volume. It mentions diet, environmental hazards and stress, as well as higher levels of unemployment and poverty among minority ancestry groups, compared with white families. But these topics get little attention in the volumes that follow, which explore six health conditions in detail. So, in the volume on diabetes, different risk factors are mentioned for each of the populations being studied. Genetics is mentioned only for native and Hispanic Americans, diet only for native and Asian Americans and psychosocial factors only for Asian Americans.

In Professor Tuchman’s view, this influential report reinforced the legitimacy of racial groupings in health, ignoring the wide diversity within populations. But Edith Irby Jones, the first woman President of the National Medical Association, called out the report’s suggestion that black people merely needed to make better choices to improve their health, while making no mention of “poverty, neglect and prejudice”. Government could best reduce health inequality by investing in “better nutrition in early life, better housing and more and better jobs,” she argued. Instead, the focus of the report was upon biomedical and behavioural research.

The future of precision medicine

Precision medicine is at a crossroads, says Professor Tuchman. Funding bodies can continue to invest in ‘omics in order to develop more targeted therapies. This prospect is sure to excite the biotech and pharma industries and could lead to new markets. But such advances won’t benefit those whose health issues are exacerbated by their social and physical environments. To truly reduce health inequalities, research is needed on the lived experience of those with health problems.

To achieve this, big data tools could be applied to learning more about home, workplace and neighbourhood environment, as well as socioeconomic status. We need to go beyond biomarkers, and how people differ biologically, and look at where, and how, they spend their time and what obstacles are in the way of making healthy choices.

In conclusion, precision medicine has access to over a century of biomedical advances, but there has always been inadequate funding for improving the social determinants of health. A shift in this balance is necessary if we are to make genuine progress in improving health for all through precision medicine.