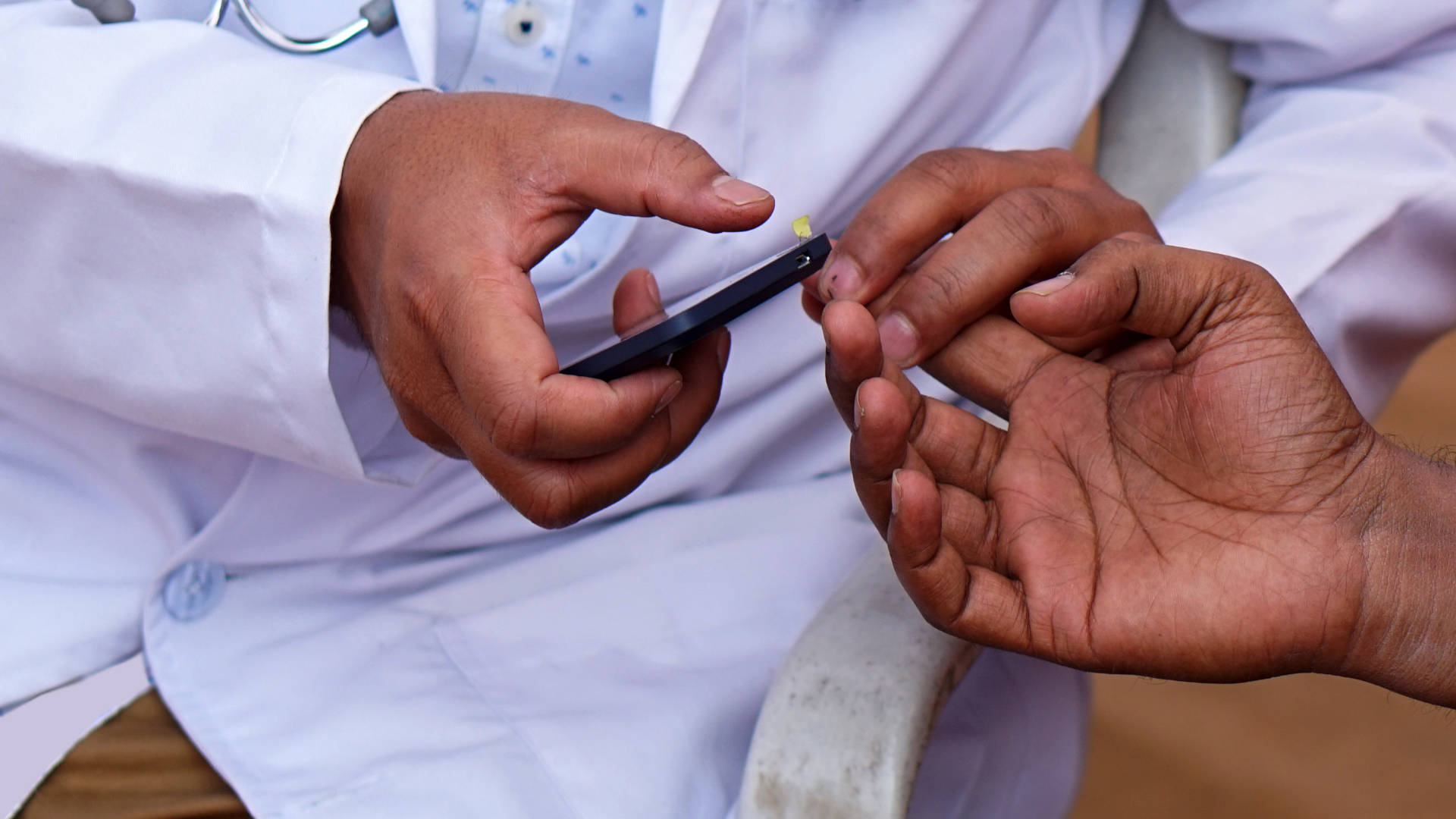 There are particularly high rates of type 2 diabetes in the Middle East and North Africa region. Experts from these countries gathered at a special IDF meeting recently to discuss how to address this huge challenge through screening and prevention efforts.

The International Diabetes Federation (IDF) states that there is a 10.5% prevalence of diabetes worldwide. The actual prevalence varies by country and region and the Middle East and North Africa (MENA) region has one of the world’s highest at 16.2%. Moreover, this is set to increase there by 24% by 2045. Professor Salah Abusnana, of the University of Sharjah, United Arab Emirates, says “Are we really prepared to cope with that? Treating without prevention is just firefighting.”

Salah went on to describe prevention work in the UAE. Prevention starts with screening for diabetes, which will identify those with undiagnosed diabetes – estimated to affect one in three of those with diabetes worldwide – so they can start on lifestyle intervention and treatment to delay the progression of the condition. Screening also identifies those with impaired glucose tolerance (IGT) or impaired fasting glucose (IFT) – both conditions often also known as prediabetes – so they can be offered a diabetes prevention programme.

The UAE Diabetes Society follows the American Diabetes Association (ADA) recommendations on testing, which focuses on people with risk factors for type 2 diabetes such as BMI, ethnicity, polycystic ovary syndrome and hypertension. They only differ from the ADA in starting screening at the age of 30, rather than 35, for those at risk. Screening is also recommended for women who have had gestational diabetes, adolescents with overweight or obesity, if they have a family history of type 2, and in special populations. These include people post-transplantation, on certain medications, with HIV or with cystic fibrosis.

A few issues were raised in questions to the speakers. For instance, should there be a special regional diabetes risk score for the MENA countries? There was broad agreement on this, though it was also pointed out that if you decrease the age of screening to 30 in Pakistan and Egypt, say, it will add a considerable screening burden in a large population.

Another question was whether the cut-off HbA1c value for screening and diagnosis should differ according to country. There is not yet enough local data from the MENA countries to answer this one. Even the suggestion of using a lower cut-off BMI for Asian populations, which is now widely used, came from the ADA rather than locally. “We should work more on targeted screening,” Salah suggests. And more local data would help refine the targeted approach, so this could perhaps be a priority for research.

Amir Kamran, Managing Director of the Iranian Diabetes Society, noted that there had been 6.7 million deaths from diabetes in 2021 and the condition accounts for nearly a trillion US dollars every year, which is around 9% of total health expenditure. To reduce this toll, it’s key to focus on prediabetes. According to the IDF, 860 million people worldwide have prediabetes in the form of IGT or IFG. It’s known that 5-10% of people with prediabetes will go on to develop type 2 diabetes each year. Overall, 70% of those with prediabetes will progress to type 2 diabetes, whether or not this is diagnosed.

Prediabetes itself is associated with various comorbidities. For instance, one study shows that 8.1% of those with prediabetes already have evidence of retinopathy, seven years before a diagnosis of type 2 diabetes. Other studies show evidence of chronic kidney disease, nephropathy, neuropathy and heart failure in the prediabetes population.

Dr Kamran went on to look at the US Diabetes Prevention Program (DPP) as an approach to tackling prediabetes. “This shows the feasibility of this intervention for type 2 prevention, for it is safe and can prevent or delay the onset of type 2 diabetes.” The programme also decreases the risk of cardiovascular disease, which was the secondary outcome measured. The first DPP study, in 2002, involved 3819 participants who were assigned to intensive lifestyle intervention, metformin or placebo. Those in the first group did 150 minutes of exercise per week, had a diet consisting of 1200 to 1800 cal/day and lost around 7% of their body weight.

Initial results showed that 4.8% of the lifestyle group developed diabetes, compared with 7.8% of the metformin group and 11.0% in the placebo group. This corresponds to a 58% and 31% reduction in risk for lifestyle and metformin respectively, compared with placebo. Of course, participants tended to regain some weight. This was reflected in the 10-year results of the DPP which show a 34% reduction in type 2 diabetes risk for the lifestyle group and 18% in the metformin group, again compared with placebo.

The DPP has been repeated with success elsewhere – in China, Finland and India, for example. There is no reason why it cannot be used in the MENA region too. “Refer people to the prevention programme. A variety of eating patterns can be used – DASH [Dietary Approaches to Stop Hypertension], Mediterranean and low carb. The 150 minutes a week of exercise should be 10 minutes minimum and 75 minutes maximum,” says Amir. “And the DPP should be reimbursed” [i.e. in countries where this is an issue].

So, he concluded, screening for prediabetes, followed by prevention, is so important. While implementing this may be challenging in a big population, with questions over whether to screen everyone or just those at risk, it is still so much cheaper than paying the current, and future, bills for diabetes care.

Professor Inass Shaltout, Cairo University, presented an evidence-based review on the treatment of prediabetes, noting that Kuwait and Egypt have a high prevalence of obesity, which increases the risk. “We need high-level health education,” she says. “It does have an effect. Prediabetes is a wake-up call for it is not too late to turn things around.”

Metformin has been approved since 2011 for prevention of type 2 diabetes. The IDF recommends metformin where lifestyle intervention alone does not achieve a reduction in risk. There’s also some evidence for GLP-1 receptor agonists (liraglutide), insulin glargine, acarbose and orlistat. For instance, the international STOP NIDDM study showed that acarbose decreased risk by 25 to 36%. However, these other drugs are not yet recommended for prevention of type 2 diabetes. Were this to change, it would offer some new options for those who are unable (or unwilling) to stick with lifestyle intervention.

Salah added: “We have enough evidence that prevention works. But there are lots of challenges, such as the food industry and maintaining weight loss is a problem. Combining metformin and lifestyle is effective, as people find it hard to follow just a lifestyle intervention.”

Professor Inass Shaltout is the author of the following EASD e-Learning modules: