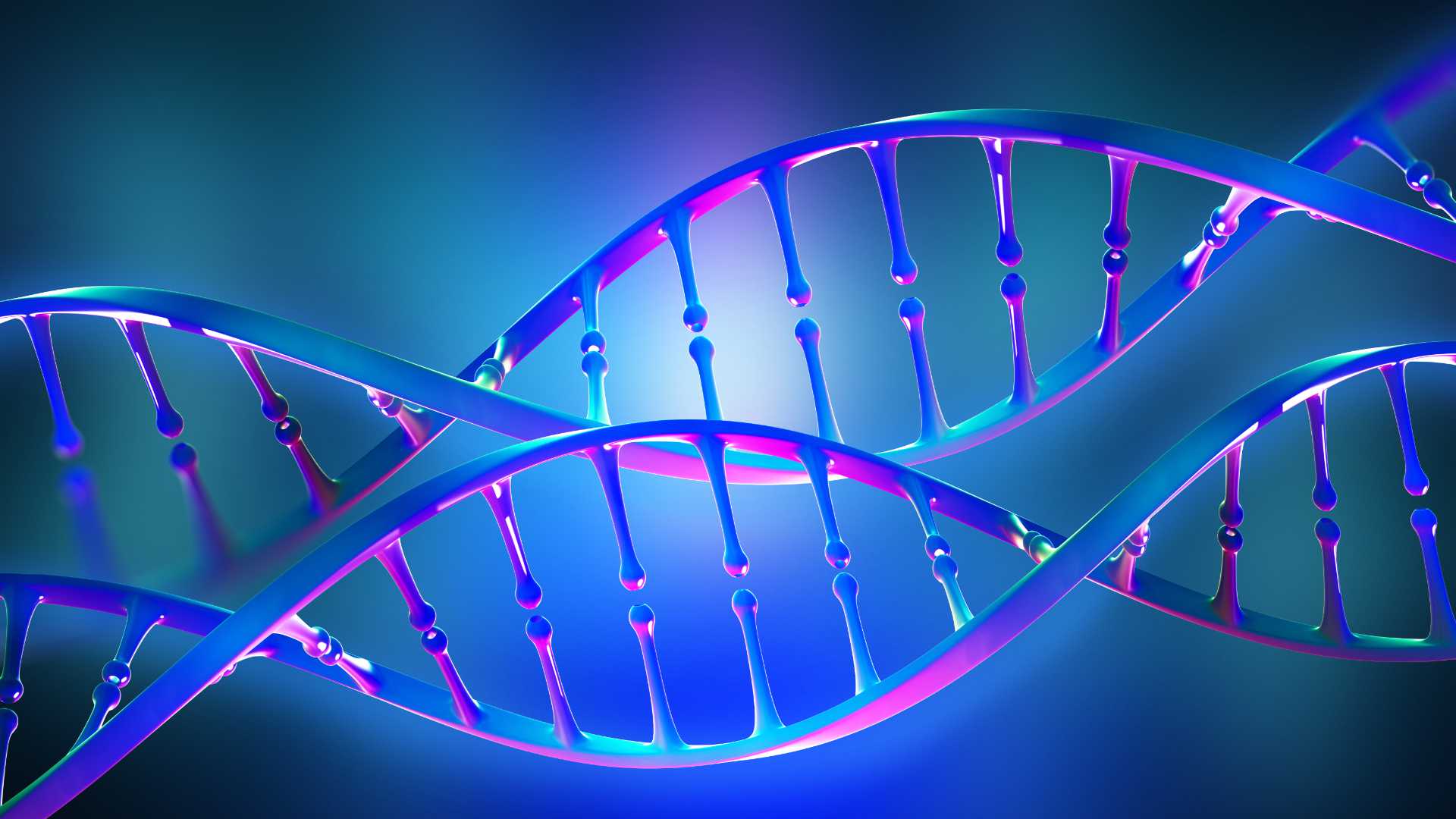 The strong influence of genetics in type 2 diabetes is becoming increasingly apparent, thanks to advances in technology like next generation sequencing. In her Minkowski Prize Lecture at the 57th EASD Annual Meeting, Dr Amélie Bonnefond described recent research that shows type 2 is so much more than a lifestyle disease, as well as opening up the application of precision medicine in its treatment. Dr Susan Aldridge reports.

Research shows that many people with type 2 diabetes feel guilty and blame themselves for their condition – and feel that others blame them too. Dr Amélie Bonnefond, Director of Research at the Inserm CNRS Unit at the University of Lille, told delegates at this year’s EASD Annual Meeting: “I’ve always been shocked by the stigmatisation of people with type 2 diabetes.” A pioneer in the application of next generation sequencing (NGS) to the study of diabetes, she was awarded this year’s Minkowski Prize, supported by Lilly, for her outstanding research in this area. Her Prize Lecture, with the intriguing title ‘Association of rare variants and pretty little things in the genetics of type 2 diabetes’ shone a light on both single and multigenic factors influencing the condition.

“Type 2 diabetes has a strong genetic component,” she explained. “There is clear familial aggregation and higher concordance between monozygotic twins than dizygotic twins. And there is also high prevalence of type 2 diabetes in some populations, like the Pima Indians who have a prevalence of 40-50% at 35 years and 70% between 55 and 64 years.”

So people should view type 2 diabetes as a complex multifactorial disorder – rather than as a ‘lifestyle choice’. It depends upon environmental factors, like ageing, lack of exercise and poor diet. And these can interact with an individual’s genetic background. There are monogenic forms of type 2 diabetes, like neonatal diabetes and maturity-onset diabetes of the young (MODY), where the genetic influence dominates, and polygenic forms, where many genes make a smaller contribution. “As in many other common disorders, the genetics of diabetes is highly heterogeneous,” Amélie said.

Variants that cause monogenic forms of type 2 diabetes are very rare, but they do have a big effect. More than 30 such genes have been discovered since 1992, from DNA sequencing in affected families. Most of these genes are known to play a role in the pancreatic cells. “NGS has been a fantastic tool for this in recent years,” according to Amélie.

NGS can be done on the whole genome or the whole exome (the gene coding part of the genome) and uses flow cells, rather than well plates, which means more DNA samples can be sequenced at any one time. The main advantages of NGS, therefore, lie in its ease, high throughput and lower cost compared with conventional Sanger DNA sequencing. Among the 30 or so single genes involved in type 2 diabetes, NGS has led to the discovery of eight  ‘actionable’ genes. “Actionable implies that there should be a substantial change in care,” explained Amélie. And in these cases, the actions included stopping treatment altogether, switching from insulin to a sulphonylurea and investigating the kidney and heart. The implications for the patient are significant. For instance, one of these variants was known to be associated with a heart defect, from an earlier family study, therefore any patient carrying this would need to have checks on their heart health as part of their diabetes care.

Amelie’s team has also used NGS in type 2 diabetes diagnosis in populations in Africa, Pakistan and, most recently, in several Mediterranean countries. One particular gene variant, known as P/LP, was found to be far more common in Europeans, who accounted for 86% of cases, than in non-Europeans, in the Mediterranean study. The reason for this is, as yet, unknown. Again, coming back to the advantage to the patient, five of those identified in this work were able to change their treatment, one of them after 33 years of diabetes. However, it’s interesting to that the success of treatment change depends upon the patient’s C-peptide levels, which indicate how much endogenous insulin they are still producing.

This work is now being extended to benefit even more people with type 2 diabetes. For Amélie has set up a collaboration with Professor Nicolas Paquot from Liège University Hospital to carry out NGS on all type 2 diabetes patients visiting the clinic there – around 4000 in number. And an intervention will be carried out whenever an ‘actionable’ variant is found. “This study will help us to assess the economic and clinical consequences of a systematic genetic testing strategy compared with usual care,” Amélie said.

Variants (or SNPs – single-nucleotide polymorphisms) contributing to most cases of type 2 diabetes are common but, in contrast to those behind monogenic diabetes, have only a small effect. Such variants have been found on more than 250 loci, using genome-wide association studies (GWAS). These involve scanning the genomes from many different people and looking for genetic markers that can be used to predict the presence of a disease. None of these genes had been identified prior to 2007; everything changed with the advent of GWAS done on microarrays, which depends on the hypothesis that common conditions, such as diabetes, depend on the existence of frequent gene variants. “We compare the frequency of common variants in both cases and controls,” Amélie explained. “If one is more frequent in cases than in control, then we assume that variant is associated with an increase in the risk of type 2 diabetes. This approach has been very successful, leading to the identification of more than 250 such variants. But their effect is relatively week, because their contribution, but explain less than 20% of the heritability of type 2 diabetes.”

She then showed an eye-wateringly complicated slide that showed some of the attributes and overlaps of just a few of these variants. “The genetics of type 2 diabetes remains a bit of a nightmare,” she observed wryly. “For instance, overlap between actual type 2 diabetes risk and traits like glucose levels remains very poor.” In other words, you could easily find a variant that leads to high glucose and assume this means higher risk of type 2, but the variant actually does not increase the risk.

Perhaps the main problem with GWAS is that the associations found do not amount to cause and effect. “The functional translation of these signals we find in GWAS and evaluation of their clinical impact is difficult to assess, as current functional assays lack sensitivity for the subtle effects they may be causing,” she said. “For many years now, we have been trying to discover those rare genes that are associated with common diseases to enable effective functional genetics and progress in understanding the pathophysiology of these diseases, including type 2 diabetes.”

These efforts are starting to pay off, with the discovery of some significant gene variants contributing to the more common forms of type 2 diabetes. For instance, a GWAS study by Amélie’s team has found that a variant of a gene near the melatonin receptor is associated with increased plasma glucose and type 2 diabetes risk. “This was a nice finding, as it’s known that melatonin and circadian rhythms are associated with metabolic disorders. It’s also well established that shift work, which interferes with melatonin secretion, is linked to type 2 diabetes.”

The discovery is also supported by findings in mice, where removal of the pineal gland, which secretes melatonin, causes plasma glucose to rise. In further research, they sequenced this melatonin-associated gene in more than 7000 people and carried out a functional analysis of the variants they found. This showed that only those variants that were associated with a loss of function were associated with an increased risk of type 2 diabetes. This finding is echoed by another paper, which showed that having lower melatonin at night is also associated with increased type 2 diabetes risk.

Very recently, her group has analysed a new candidate gene – a delta opioid receptor, which is one of a group of classical opioid receptors and the only one to be expressed in the pancreas, particularly in the islets and beta cells. There is an intriguing link here with opium addiction, which is known to be linked to insulin resistance and higher glucose levels. This new gene has been sequenced in nearly 7000 people and, after functional genetic studies, they found 12 loss-of-function variants that were linked to increased body mass index, but decreased risk of type 2 diabetes. There were also six gain-of-function variants that improved lipid profile, decreased weight but actually increased type 2 diabetes risk. “So, it looks like loss and gain of function have opposing effects,” said Amélie. “Based on this data we believe that the delta opioid receptor might be a new therapeutic avenue for type 2 diabetes, so we are now looking for antagonists to it with colleagues from Lille.”

So, type 2 diabetes is not ‘just’ a ‘lifestyle’ disease – the genetic component is strong.

NGS has allowed the identification of new genes and has allowed the development of specific diagnostic methods that are faster and cheaper than conventional Sanger sequencing. Amélie believes NGS is therefore accelerating the introduction of precision medicine into diabetes care.

But challenges remain – with the bioinformatics side, and the interpretation of the meaning of detected gene variants, which can be controversial.  And the genetics of polygenic type 2 diabetes remains very complex, compared with that of the monogenic forms with much of the heritability of the condition remaining unexplained.  “The hunt for rare variants won’t explain this missing heritability,” Amélie explained. “However, this hunt has enabled splendid progress into understanding the pathophysiology of type 2 diabetes, along with discovery of novel drug targets. We have also now demonstrated, with others, the existence of a clear continuum between monogenic and ‘polygenic-like’ forms of diabetes.”

So what does this mean for the person with, or at risk of, type 2 diabetes? Amélie threw out this question. “In the future, should we systematically sequence all newly diagnosed cases of type 2 diabetes, given we have already been able to apply precision medicine in several monogenic forms of diabetes?”

She ended by showing a list of all the Minkowski Prize winners over the years, noting that only a tiny minority had been women. ‘Hey, girls – apply!” she said. “Don’t hesitate to take credit for your work.”