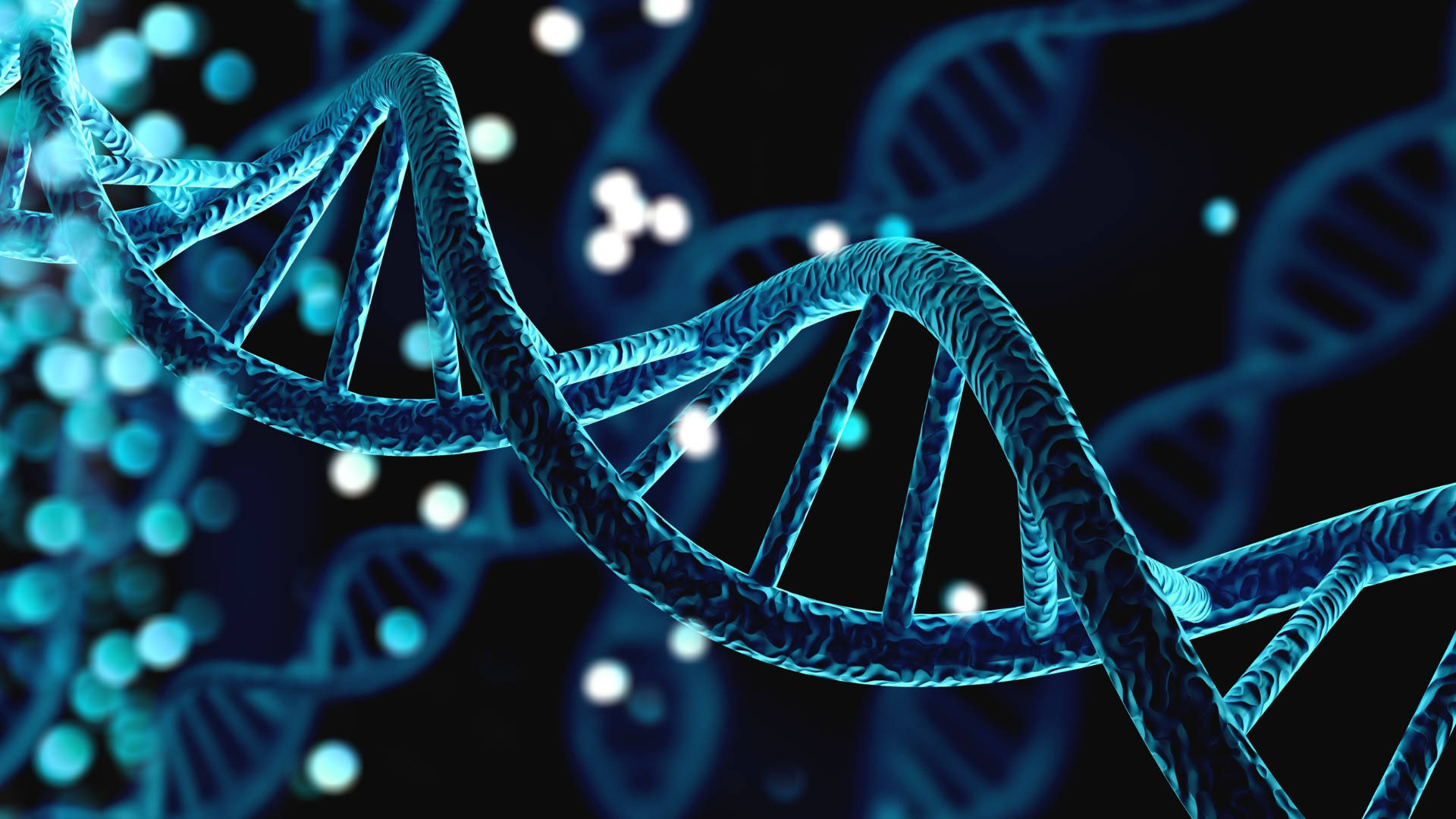 Revealing the transcriptome of each pancreatic islet cell type could take us a long way towards clarifying the underlying mechanisms of type 2 diabetes. Single-cell RNA sequencing offers this level of genetic information and the opportunities and challenges posed by this emerging technology are discussed in a recent paper in Diabetologia. Dr Susan Aldridge reports.

Work on animal models has certainly improved our understanding of islet biology, as have experiments on human islets from organ donors. And now we have a new technology for exploring islet pathophysiology – single-cell RNA sequencing (scRNAseq). As the name suggests, scRNAseq allows the profiling of individual cell transcriptomes. It allows for transcriptome profiling of rare cell populations and detailed study of gene expression. Most tissues and cell populations, including islet material, are heterogeneous and scRNAseq allows the characterisation of this heterogeneity.

Other advantages of scRNAseq include defining how distinct cell populations respond to stimuli and predicting cellular progression in, for instance, the path from progenitors to mature lineages.

However, scRNAseq is still in its infancy. Most protocols currently capture only 5 to 20% of the transcripts in a cell. And in the current state of computational analysis, its output needs to be complemented by biological knowledge for validation. Nevertheless, scRNAseq has the potential to have a significant impact on our understanding of disease processes in complex tissues like pancreatic islets. Nils Wierup and Mtakai Ngara, of Lund University Diabetes Centre, have reviewed key scRNAseq studies on human and mouse islets that have been carried out in the last five years and discuss how these have increased our understanding of islet biology.

So far, there have been 19 scRNAseq studies on human islets, seven of which compared samples from donors with, and without, type 2 diabetes. These have shown that the technology is technically feasible in human islets and that the different protocols have various pros and cons – a good foundation for future research. The studies have generated road maps of cell type-specific gene expression with potentially valuable information on receptors, transcription factors and cell surface markers. The authors note that perhaps the most significant contribution is the characterisation of the rarer islet cell types – namely delta, PP and ghrelin cells – which has not previously been possible.

When it comes to beta cells, it’s long been known that they are not all the same, and some of these scRNAseq studies have revealed subpopulations of these cells. However, we don’t yet know if these arise from donor differences – so this apparent heterogeneity should be carefully validated.

Other highlights include a study that found 1188 beta cell genes associated with obesity and another showing differences in alpha and beta cell gene expression according to age, implying incomplete differentiation in juvenile donors. There was also evidence that alpha cells proliferate at five times the rate of beta cells from the same donor.

We don’t know how pancreatic cells are renewed, but one of the scRNAseq studies revealed subpopulations of pancreatic duct cells as potential multipotent cells. This is supported by work that showed that when these cells were transplanted into mice, differentiation into all pancreatic lineages was observed – an important insight into islet cell biology.

One study noted differential expression (DE) – upregulation and downregulation – of 76 genes in beta cells, 100 genes in alpha cells and five genes in PP cells from type 2 donors. Further analysis showed genes responsible for mitochondrial energy metabolism and protein synthesis were downregulated, whereas apoptosis and cytokine-signalling genes were upregulated. Another study found as many as 1368 type 2 diabetes-associated genes in beta cells, many of which were affected similarly by type 2 diabetes and obesity.

The ultimate goal of these studies, comparing cells from donors with and without type 2 diabetes, was to identify disease mechanisms in beta cells. In three studies, systematic global DE analysis was carried out. But when the authors compared these findings with their own dataset, they found no differentially expressed gene in common across the four studies that could be focused on for further research. And they further note that only one gene, FXYD2, has been convincingly replicated between studies. One interpretation might be that altered FXYD2 expression is a major cause of beta cell dysfunction in type 2 diabetes. We know that FXYD2 knockout mice show improved glucose tolerance, beta cell hyperplasia and elevated fasting and postprandial plasma insulin. But the authors point out that FXYD2 expression doesn’t actually seem to be genetically associated with either type 2 diabetes risk or beta cell function, as would be expected if altered expression of this gene was of major importance.

So, an alternative interpretation is that current scRNAseq approaches do not really capture type 2 diabetes disease biology. If they did, you would expect genes with proven roles in beta cell pathophysiology to appear in DE work and to be replicated between studies.

The authors suggest several reasons for this apparently disappointing observation. The inherently low detection rate of scRNAseq, mentioned above, could mean that disease biology is being missed. Also, studies are still small in terms of cell counts and individuals, leading to low statistical power. It is also becoming increasingly apparent that type 2 diabetes is a heterogeneous disease. Beta cells from an insulin-resistant individual will likely have different gene expression from one with a primary beta cell defect. Finally, suboptimal methods are being used in DE analysis and the data lacks adjustment for donor variance.

In summary, studies currently find no association between type 2 diabetes and either cell-type composition or subpopulations of islet cells. Individual reports have put forward novel type 2 diabetes-associated genes, some of which have been functionally validated. But few have been replicated between studies.

The scRNAseq studies described above, and others, have certainly increased our knowledge of islet cell biology. But, the authors say, the contribution they have made to our understanding of type 2 diabetes has so far been limited. This is because DE analysis has proved to be rather a blunt tool for identifying actual differences between two groups in these small-scale studies with heterogeneous starting material. A recent study has highlighted these shortcomings – for instance, identifying a bias towards highly expressed genes, but maybe missing others of significance? The authors are calling for better computational tools to use the full potential of scRNAseq technology. The ultimate test of such tools would be their ability to reproduce known patterns of gene expression. Fortunately, there are a number of approaches that fulfil this requirement and actually exploit cellular heterogeneity rather than averaging it, as is done in DE analysis.

Another limitation is that most approaches used to analyse scRNAseq data overlook the possibility that gene expression might actually be organised and synchronised in genetic programmes – maybe for orchestrating specific cellular functions. An approach known as network analysis can deal with this – for example, by assessing co-expression of mRNAs within a population of cells. Network analysis has been shown to be applicable to identifying disease-relevant pathways and regulatory networks. In particular, differential network analysis (diNA), which enables detection of changes in the interplay between mRNAs rather than assessing changes in single mRNAs, has been shown to outperform DE analysis. Although diNA has not yet been applied to scRNAseq data, the authors suggest that combining this approach with a reliable method for addressing donor variation could be one way forward for exploiting the potential of scRNAseq technology.

In addition, increased numbers of both samples and sequenced cells are needed to increase the analytical power of scRNAseq,  to increase the diversity of donors to allow for studies of the different subtypes of diabetes. One way would be to integrate existing datasets into the analysis. But, going forward, large-scale studies with uniform sampling and analysis protocols with freshly isolated islets from donors well characterised with clinical data, medical records and genome sequencing, will clearly be needed.

In conclusion, scRNAseq has provided new insights into islet cell biology through revealing cell-type-specific gene expression in all islet cell populations. But when it comes to increasing our understanding of type 2 diabetes pathophysiology, the technology has not reached its full potential. However, the ongoing rapid development of scRNAseq technology with respect to analysis tools and protocols, along with decreased costs, promises much in terms of our understanding of the altered biology of each islet cell type in type 2 diabetes.