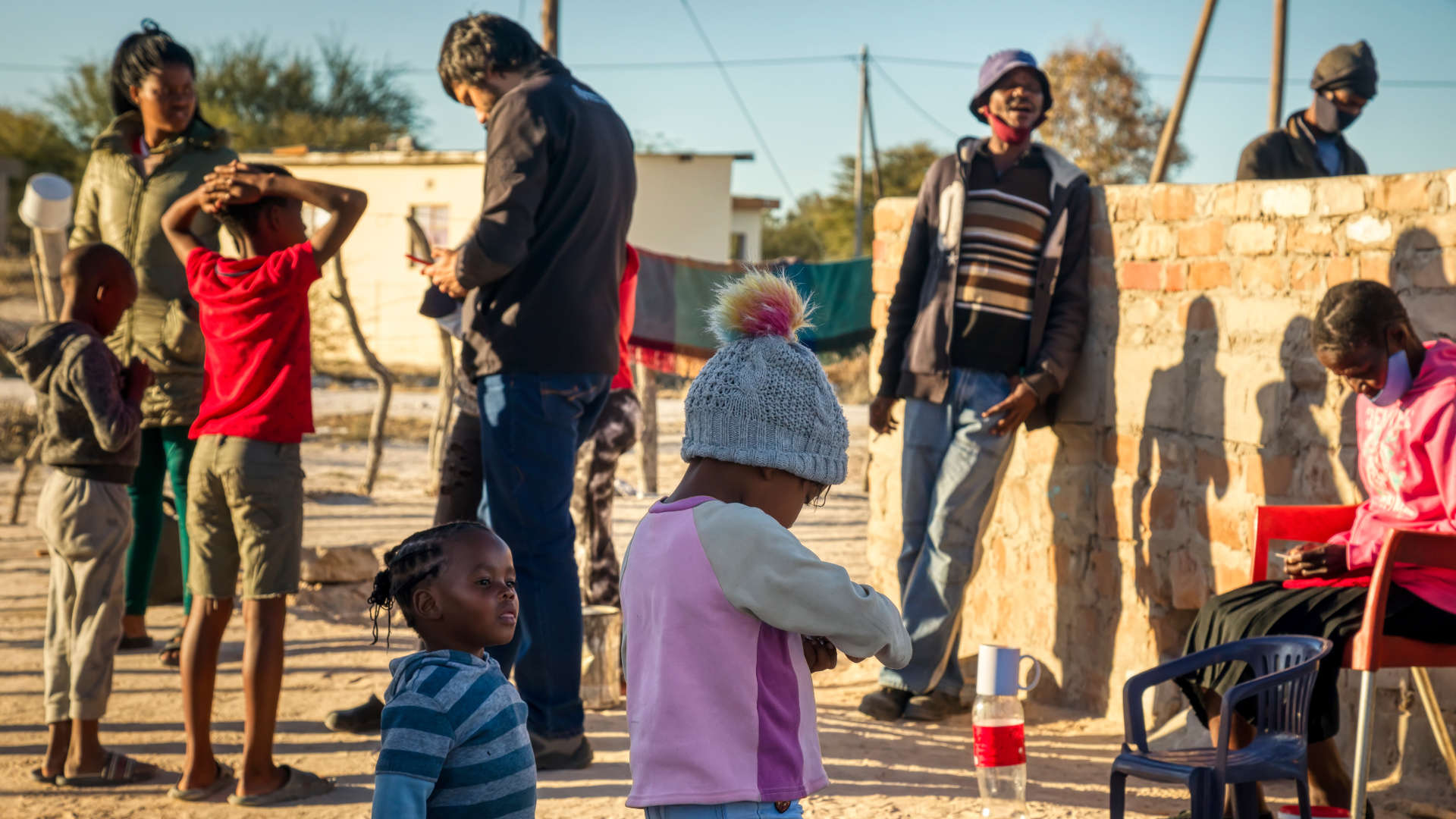 A new review in Diabetologia argues that type 2 diabetes in Black Africans differs in some important respects from that found in European populations – findings deserving of further investigation, given that type 2 diabetes rates are set to soar in sub-Saharan Africa in the not-too-distant future. Dr Susan Aldridge reports.

While the prevalence of type 2 diabetes is the world’s lowest in the sub-Saharan Africa (SSA) region, this does vary by country, with the highest numbers in the more affluent countries. The region is also projected to have the greatest rate of increase in type 2 diabetes – 129% by 2045 – compared with other International Diabetes Federation (IDF) regions. This will place additional strain on the region’s already overburdened healthcare systems.

As well as the projected increase in type 2 diabetes and other non-communicable diseases, SSA still struggles with poverty-related health problems, including a huge burden of infectious disease. It is also undergoing rapid rates of urbanisation. These socioeconomic, environmental and lifestyle factors may interact with genetic factors to influence the pathophysiology leading to type 2 diabetes in SSA populations.

However, much of what we already know about type 2 diabetes comes from studies involving people of White European ancestry. Accordingly, Julia Goedecke and Amy Mendham, for the South African Medical Research Council, have reviewed the current knowledge base underlying the type 2 diabetes risk among Black African populations in SSA, in order to help address current and future challenges in this area. The review highlights similarities and differences between SSA and diasporic Black African populations and seeks out the factors influencing the pathogenesis of type 2 diabetes in SSA, such as social determinants, infectious disease and genetics.

How type 2 in sub-Saharan Africa may be different

The pathophysiology of type 2 diabetes is still not completely understood. The conventional view is that the process starts with insulin resistance, resulting in compensatory hyperinsulinaemia, eventually leading to beta cell exhaustion, setting the scene for type 2 diabetes. However, an alternative view is that hyperinsulinaemia is the first event, signalled by either oversecretion of insulin from the beta cells and/or reduced hepatic insulin clearance.

Studies from both SSA and the diaspora suggest that the latter scenario may be more applicable to both populations, for they tend to present with hyperinsulinaemia, rather than insulin resistance. This phenotype has been found in indigenous and diasporic Black African adults and children, independent of adiposity, insulin sensitivity and glucose levels, which suggests that this is a trait that is highly conserved. But it’s not clear whether this hyperinsulinaemia results from exaggerated beta cell function or reduced hepatic insulin clearance. Evidence from West Africa, the UK and the USA suggests reduced hepatic insulin clearance as the main defect leading to type 2 diabetes. This contrasts with recent research, by the authors, in South African women with obesity, which suggests that elevated insulin secretion, rather than low insulin clearance, is behind the presentation with hyperinsulinaemia.

Based on these and other findings, the authors suggest the following model for type 2 diabetes in SSA. Hyperinsulinaemia, due to a combination of both increased insulin secretion and reduced hepatic insulin clearance, may be the leading factor. This promotes obesity and insulin resistance, leading to more hyperinsulinaemia, then beta cell failure and type 2 diabetes.

The role of adipose tissue

Distribution of fat differs between Black Africans and their White European counterparts. They have less fat around the middle and more fat around the abdomen and thighs. The authors found this to be linked with some corresponding differences in gene expression that could be significant in the context of type 2 diabetes pathogenesis.

There is also evidence that Black Africans have lower levels of fat in their liver than White Europeans, consistent with their lower levels of visceral fat. But, with increasing age and adiposity, Black African women do tend to accumulate visceral fat rather than abdominal and thigh fat, and this predicts type 2 diabetes in later life. This raises the question of whether Black Africans might be more sensitive to visceral fat than their White European counterparts. A recent study in Ghanaians suggests that fatty liver increases with increasing urbanisation and this is linked to prevalent type 2 diabetes, supporting the above hypothesis. Clearly the issue of fat deposition in this population and its links to type 2 diabetes is worthy of further research.

There are similar prevalences of type 2 diabetes in SSA men and women, despite significant differences in obesity rates – 41% for women against 11% for men. The authors argue here that Black African men are at greater risk of type 2 than Black African women for several reasons. After adjusting for differences in body fat, men have lower insulin sensitivity, insulin secretion and beta cell function than women. They also have more visceral fat and less abdominal and thigh fat and have a stronger relationship between total and central adiposity and type 2 diabetes than women do. While these disparities may be driven by sex hormones, there have been no studies to support this.

Recent research by the authors on exercise and diet in this population suggests that moderate-to-vigorous physical activity in men and light physical activity in women were both associated with reduced type 2 diabetes risk. The association of an animal-driven nutrient pattern with body mass index (BMI) was greater among men than women, while the plant-driven pattern, with a higher intake of refined carbohydrates, was associated with increases in abdominal fat in women, but not in men. Further studies are now needed to illuminate these sex differences in type 2 diabetes.

We know that lifestyle interventions involving diet and exercise do help in the management of type 2 diabetes, but most studies have been done in White Europeans, with some limited evidence on the diaspora and just one study (by the authors) in SSA. These revealed that African Americans find it harder to lose weight than their White American counterparts. The authors’ study was a randomised controlled trial involving a 12-week aerobic and resistance exercise programme in young black South African women with obesity. Although this found an improvement in insulin sensitivity, that wasn’t matched by a change in insulin response (as has been seen in other studies). Nor was it linked with changes in liver, muscle or pancreatic fat or any other of the mechanisms involved in insulin resistance.

The authors believe this provides additional evidence that the pathogenesis of type 2 diabetes in Black Africans may differ from that in White Europeans. They say that interventions targeting hyperinsulinaemia, such as very-low-calorie diets and low-carbohydrate diets, may be more effective in SSA populations. Indeed, a study has shown that African American women lost more weight on a lower-carbohydrate diet than on a lower-fat diet, while there was no difference between the two in European women.

Meanwhile, a study of a very-low-calorie diet to induce remission in people of African descent in Barbados reported less weight loss than in similar studies in Europe. However, 60% of those who achieved 10 kg of weight loss did go into remission at eight weeks and 38% at eight months. Attenuated weight loss in these diasporic populations may arise from hyperinsulinaemia and/or from differences in sociocultural factors affecting adherence to the intervention. No studies have been done in SSA on the impact of dietary intervention upon the pathophysiology of type 2 diabetes (eg remission), so further research into this aspect is needed.

Social determinants, infectious disease and genetics are listed here as the main influences on type 2 diabetes in SSA. The region is undergoing rapid demographic, sociocultural and economic transitions, which are increasing risk factors. There are differences between people living with type 2 diabetes in rural and urban settings. Those in the former have lower socioeconomic status, younger age of onset and a higher prevalence of childhood undernutrition – but lower prevalence of the traditional risk factors, like obesity.

However, obesity is on the increase in SSA, as countries start to introduce processed carbohydrate-rich foods, whose consumption, in the context of hyperinsulinaemia, will lead to weight gain, particularly in women. On the other hand, undernutrition, particularly in young children and adults with severe infections, is also a problem. This can lead to malnutrition-related diabetes, an atypical subtype of the condition, found in around 30% of SSA patients. Phenotyping and genotyping experiments would be useful to explore this and other SSA diabetes subtypes.

Half of the global morbidity and mortality due to infectious disease occurs in SSA, which also has the world’s highest burden of HIV/AIDS, with 67.5% of the total of 37.9 million people living with HIV (PLWH). Now there is anti-retroviral therapy (ART), there has been an increase in life expectancy and non-communicable diseases, such as obesity and type 2 diabetes, among PLWH. First generation ART has been linked to decreased insulin secretion and one of the newer drugs, dolutegravir, to weight gain, which may be risky in an increasingly obesogenic environment. Furthermore, PLWH in Africa often have other infections like TB and hepatitis C, resulting in chronic low-grade inflammation, which also increases the risk of type 2 diabetes.

Finally, although genome-wide association studies (GWAS) have identified over 400 risk loci for type 2 diabetes, most research in African populations has been done in Europeans. There have been some studies in African Americans, but their genetics and environmental exposures differ from those of people in SSA. Africans have a large amount of genetic diversity, but our knowledge of this is limited.

However, GWAS of type 2 diabetes in SSA populations have recently been undertaken through the Africa America Diabetes Mellitus study, the Durban Diabetes study and the Human Heredity and Health in Africa Initiative. These have already revealed some novel loci which shed light on the genetic architecture of type 2 diabetes in Africa.

So, the pathogenesis of type 2 diabetes in Black Africans likely differs from that found in people of European ancestry, with hyperinsulinaemia being a key factor. Further studies are, of course, needed to gain a more complete understanding of type 2 in this population. Meanwhile, lifestyle interventions that target hyperinsulinaemia and obesity are recommended to prevent or manage type 2 diabetes in this population.

For more on the topics covered in this article, enrol on the following EASD e-Learning modules: