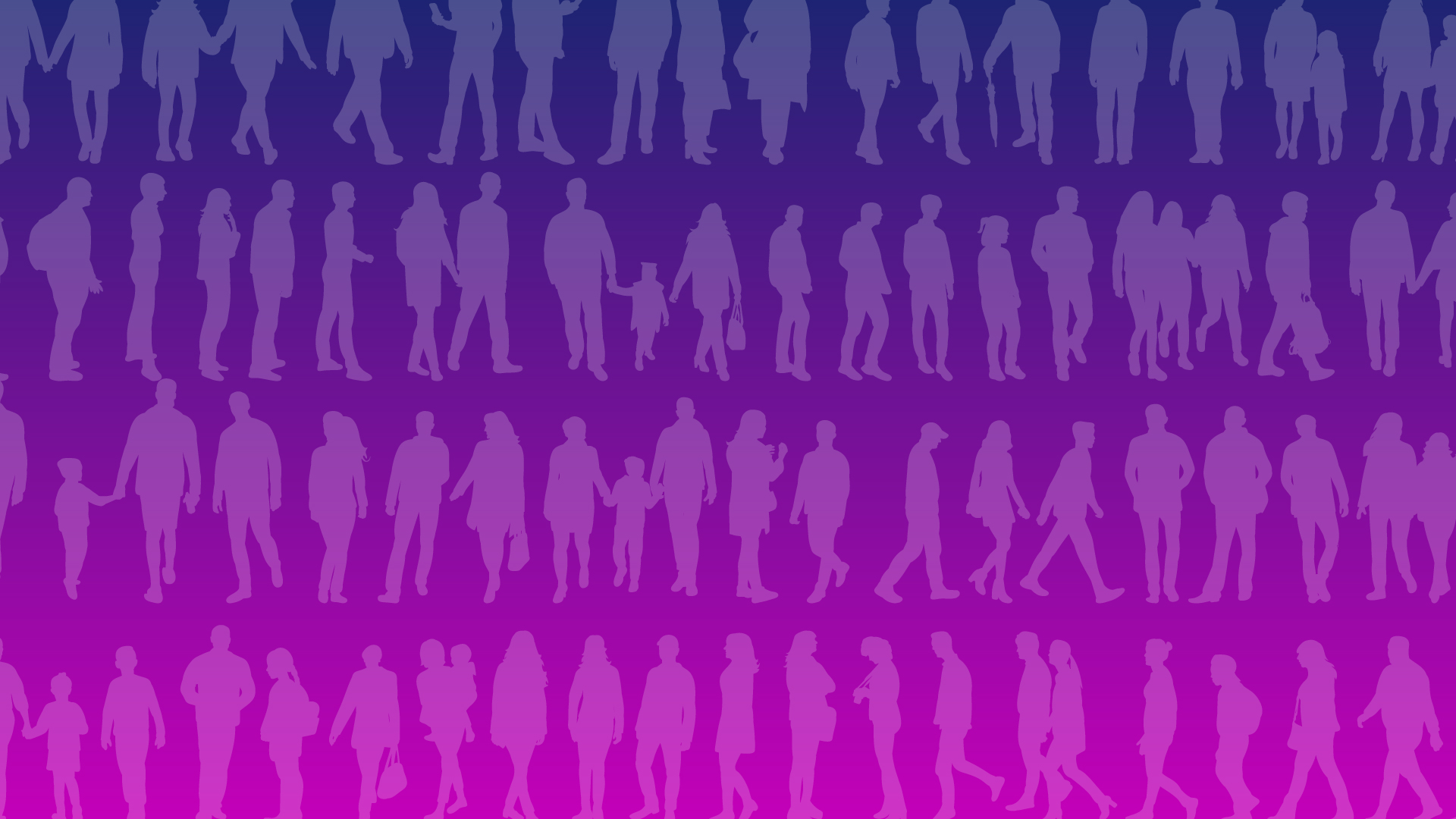 It has long been evident that labelling people with diabetes as having either type 1 or type 2 does not reflect the complexity of the condition. A paper in a recent issue of Diabetologia reviews evidence from recent research around novel subtypes of the condition. The prospect of a more nuanced classification of diabetes opens the door to the application of so-called precision diabetology, with more tailored preventive measures, diagnostics and treatment, as Dr Susan Aldridge reports.

People with diabetes show a broad variation in their condition’s main features, such as insulin resistance and beta cell dysfunction, because of the different contributions made by (epi)genetic, environmental and lifestyle factors. They have differing levels of impairment in processes, including islet development and function, autoimmunity, inflammation and insulin sensitivity. So, each individual is positioned somewhere along a wide spectrum of phenotypic variability with respect to their diabetes. Yet this heterogeneity is not captured by current guidelines for the diagnosis and treatment of diabetes.

Any reclassification effort is an example of precision medicine – or, in this case, precision diabetology. Advances in monogenic diabetes provide a proof of concept of this approach, but involve relatively few people. However, the prospect of applying precision diabetology to type 1 and type 2 diabetes overall opens up the possibility of developing stratified prevention and treatment strategies for subgroups of people who have different risk profiles. These could include screening and monitoring intervals, lifestyle interventions and treatments tailored more to the individual than is currently the case. Benefits could include prevention or delay in developing diabetes, fewer diabetes complications, or a delay in their onset, with accompanying reduction in healthcare costs and an improvement in overall diabetes management.

So how far is this precision diabetology from entering mainstream diabetes care? Professors Christian Herder and Michael Roden from the German Diabetes Centre have reviewed the evidence, with particular emphasis on a new classification system that describes five subtypes of diabetes.

Phenotypic variability in diabetes is evident from the moment of diagnosis. For instance, the German Diabetes Study showed large individual differences in insulin sensitivity, beta cell function, islet-directed autoantibodies, blood lipid and blood pressure within the first 12 months after diagnosis. The Verona Newly Diagnosed Type 2 Diabetes Study found high variability of the presence of one or more diabetes-related complications, such as cardiovascular disease, nephropathy, neuropathy and retinopathy, within six months of diagnosis.

Meanwhile, the All New Diabetics in Scania study identified five diabetes subgroups, from analysis of six variables, in newly diagnosed patients. One of these subgroups had a higher risk of developing retinopathy, another a higher risk of chronic kidney disease, in the early years following diagnosis, compared with the other three clusters.

These studies alone indicate substantial variability in the clinical characteristics of a large number of people who all had a simple diagnosis of type 2 diabetes. But how can this variability be organised into a new classification system?

This new classification has been replicated in a number of cohorts from Europe, North America and Asia. In the current classification, people in the SAID subgroup would usually be diagnosed with type 1 diabetes, while the other four present novel subgroups of type 2 diabetes. And they would be treated as type 1 or type 2 according to current guidelines.

The subgroups also vary with respect to the prevalence and risk of complications. So diabetic ketoacidosis is most frequent among the two subgroups with the most prominent insulin deficiency, SAID and SIDD. Retinopathy and neuropathy are observed most often in SIDD, while chronic kidney disease and non-alcoholic fatty liver disease are more prevalent in SIRD. These findings have been at least partly replicated in people from Europe, the USA, Mexico, Latin America, The Caribbean, India and China.

Changes in metabolic and inflammatory biomarkers start more than 10 years before the onset of type 2 diabetes. So it should be possible to identify individuals at varying risk for diabetes and its complications as early as possible. The Tübingen Family Study and the Tübingen Lifestyle Intervention Program carried out clustering based on oral glucose tolerance tests, body and liver fat distribution, lipids and genetics for type 2 diabetes. This found six sub-phenotypes, or clusters, which differ in diabetes-related variables: (1) low risk, (2) very low risk, (3) beta cell failure, (4) low-risk obese, (5) high risk insulin-resistant fatty liver and (6) high-risk insulin-resistant nephropathy. These results were replicated in the Whitehall II cohort – part of a long-running cardiovascular study in the UK.

Data from Whitehall II showed that those from the low-risk clusters, 1, 2 and 4, transitioned to MOD and MARD with diabetes onset, while those from high-risk cluster 6 transitioned to SIRD. Thus, clustering approaches can also identify sub-phenotypes with respect to glycaemic, renal, and cardiovascular complications and all-cause mortality.

Randomised clinical trials (RCTs) are needed before these subgroups of diabetes diagnosis can be used in mainstream diabetes care. But there are some interesting findings from other studies that may point towards a more personalised approach to diabetes management. So, in the ADOPT (A Diabetes Outcome Progressive Trial) study, those in the MOD and MARD sub-groups were often successfully treated with just metformin, suggesting they may come to be viewed as ‘milder’ forms of diabetes.

However, those in the SIRD subgroup were at higher risk of complications – as indicated a a higher prevalence of NAFLD. They could benefit from treatment intensification with SGLT-2 inhibitors or GLP-1 receptor agonists to address the risk of chronic kidney disease, cardiovascular disease and NAFLD.  And there are many RCTs ongoing into therapeutic agents that target mechanisms that differ between the five subgroups, such as insulin secretion, insulin resistance and liver metabolism. The findings may point the way towards more precise prescribing by subgroup.

The idea of targeting lifestyle and pharmacological interventions in diabetes towards diagnostic subgroup is appealing in its simplicity. If backed by findings from RCTs, this new classification would likely be embraced by healthcare professionals and people with diabetes alike, because it promises better outcomes and healthcare cost savings.

However, the classification does assume a level of homogeneity within the subgroups and clear differences between them. In reality, it’s more likely that there’s some overlap between the sub-groups. Moreover, being in a particular subgroup may not be for life. The German Diabetes Study showed that 23% of study participants actually migrated into a different subgroup within the first five years after their diabetes diagnosis. These factors might require application of different statistical approaches to precision diabetology going forward.

As far as revising guidelines goes, there is an ongoing initiative of the ADA and the EASD on precision medicine in diabetes. This will provide a detailed roadmap for future studies and application of tailored diagnostics, prevention and treatment on the road to precision diabetology.

For more on precision medicine in diabetes, see module 1 of the following course from EASD e-Learning:
– Phenotypic variability

Module 1 has now been accredited for continuing professional development by the UK’s Royal College of General Practitioners.

Any opinions expressed in this article are the responsibility of the EASD e-Learning Programme Director, Dr Eleanor D Kennedy

The abstract submission site for the 58th EASD Annual Meeting is now open! All abstracts must be submitted before 18:00 CEST on 1 April 2022.