What does the growth in early-onset type 2 diabetes mean for future multimorbidities? 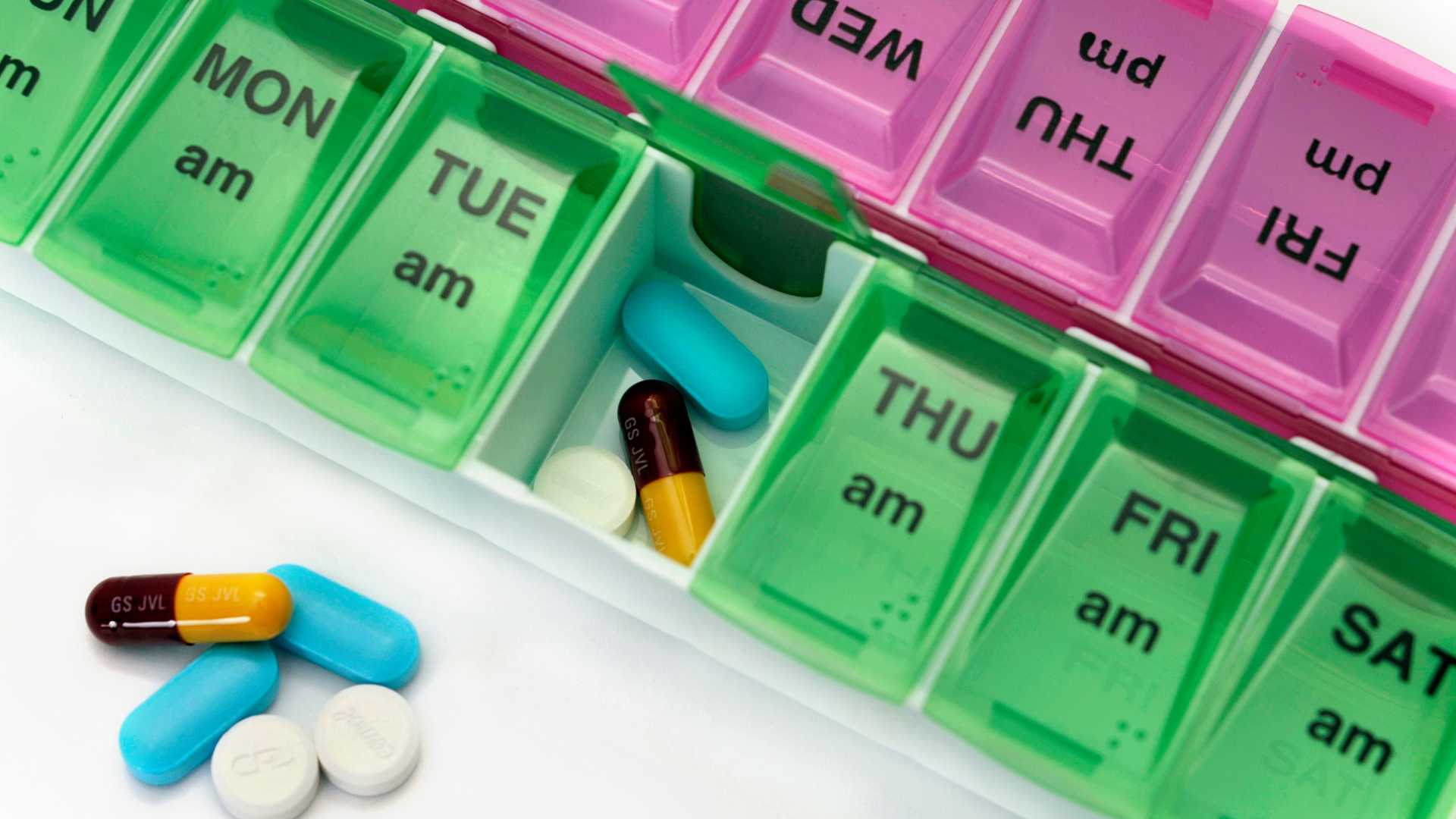 For the first time, the National Diabetes Audit has recorded those diagnosed with type 2 diabetes before the age of 40. Speaking at last month’s Diabetes UK’s Annual Professional Conference, Dr Shivani Misra asked whether this early-onset type 2 diabetes has a more aggressive pathophysiology that puts those affected at higher risk of multimorbidity. Dr Susan Aldridge reports.

Type 2 diabetes presents throughout life, and we are all familiar with its onset in middle age and later life. Dr Shivani Misra, Senior Clinical Lecturer at Imperial College, London, has a special interest in the phenotypes of early-onset type 2 diabetes. “Paediatric type 2 diabetes gets a lot of attention, which is great,” she says. “But there’s also this group between 18 and 39 years old, which I refer to as early-onset type 2 diabetes. The cut-off age varies, but what we identify here is a group of individuals that has worse outcomes, including earlier death, a higher frequency of cardiovascular events, higher frequency and more aggressive progression to microvascular complications and worse outcomes from COVID-19.”

For instance, a study from Sweden shows that, from age 75 downwards, life expectancy decreases as age of type 2 diagnosis decreases, so that someone diagnosed with type 2 diabetes at the age of 25 has a median survival of seven years less than someone without the condition.

Shivani also discussed the TODAY (Treatment Options for type 2 Diabetes in Adolescents and Youth) study, which involves 500 people diagnosed at less than 20 years old and followed for 13 years while on various treatments. This showed a high incidence of complications, including hypertension, kidney disease, dyslipidaemia and diabetic neuropathy. “This is a wonderful cohort to follow up and we now begin to get a sense of the burden of complications experienced by this group,” she says. “The cumulative incidence of complications, even three to six years after diagnosis, is already staggeringly high, especially given that some of these young people were 15 years old when diagnosed, so only aged 28 at the end of follow-up. If you look at any microvascular complication, the cumulative incidence at the end of follow-up is 80%.”

Further analysis from TODAY shows a wide spread of years following diagnosis when individuals develop these complications. Put simply, those who develop their first complication early would go on to develop a second and maybe a third complication earlier than those who develop complications later after diagnosis. “It’s interesting to see the clustering of these microvascular complications,” Shivani says. “The vast majority developed diabetic kidney disease and there’s a big overlap with retinopathy, but less so with neuropathy. There are many people with two of these conditions, and 48 out of the 500 participants in the study had all three.”

The TODAY study also shows the rapid decline in the proportions achieving an HbA1c target of less than 6.5% in the 13 years of follow-up, from 75% to 19%. “Even within three years of diagnosis, the proportion has dropped to 50% and there is a continuous decline that is probably driving the development of these complications,” Shivani comments. She thinks that this rapid progression could be because this is a group that tends to be socioeconomically deprived and may be disengaged from accessing healthcare, or there may be a different pathogenesis involved in early-onset type 2 diabetes, with more rapid beta cell failure.

There is also the question of whether it is age at diagnosis or duration of the condition that affects the outcomes of early-onset type 2 diabetes. A recent meta-analysis suggests that for every year later the diagnosis is made, the lower the odds for mortality, cardiovascular outcomes and macro- and microvascular complications.

We don’t yet know what the patterns of multimorbidity in early-onset type 2 diabetes are, but comorbidities commonly include depression, obesity, hypertension and kidney disease.  “There has been a lot of movement in this area in the last couple of years and a recent study looking at white Caucasians and African Americans diagnosed with type 2 diabetes aged between 18 and 39 noted that 32% of the former had depression at the time of diagnosis. Although the figure was lower in the African American group, this was felt to be an underestimate. Mental illness is a huge problem in this young-onset type 2 diabetes group and we don’t know if it is related to obesity or stigma.”

Last year, for the first time, the National Diabetes Audit (NDA) reported on young people living with type 2 diabetes and found a total of 122,780 who had been diagnosed up to the age of 39, with children representing just 1.3% of these cases. “The age breakdown is quite striking, with 92% of the total falling in the 26- to 39-year-old group,” comments Shivani. “This group perhaps doesn’t have our attention as much as children, but there are actually more people with type 2 than with type 1 in this age range now.”

When it comes to characteristics of those with early-onset type 2, the NDA finds a female preponderance up to age 25, then it becomes half-and-half, and after that men predominate. “It’s very interesting why women experience this and it is perhaps because of higher rates of obesity. Also Asian and black minority ethnic communities are disproportionately affected by early-onset type 2. You see an excess of what you would predict, even though these groups are overall more likely to get type 2 diabetes.”

The NDA also finds socioeconomic deprivation is as strongly associated with early-onset type 2, as is obesity across all ethnic groups. The percentage of individuals receiving all nine of the UK’s key diabetes care processes drops off significantly in the younger age groups.  Very young individuals do well at reaching a target of 58 mmol/mol HbA1c, but this falls off significantly in adults up to age 40 and picks up again with later onset type 2 diabetes. Finally, median HbA1c increases with duration of diabetes in all age groups, but under-40s have higher levels at all durations than older age groups.

Currently type 2 diabetes guidelines are the same whatever the age of diagnosis. Young adults with type 2 diabetes have particular needs, though. They are of working age or in full-time education and of childbearing age, and are more likely to experience diabetes distress or mental illness. They may also have become desensitised to the seriousness of the condition because multiple generations of their family have had it. “There is also the high cardiovascular risk, which should perhaps be managed more aggressively,” Shivani adds. “And with glucose-lowering therapies, we should perhaps be choosing those which lower weight.”

However, there is currently minimal evidence to suggest lower than recommended blood pressure, lipids or HbA1c have additional benefit in early-onset type 2 diabetes. This is a major research gap.

“If you look at the big cardiovascular trials, the problem is that only 0.9% of participants were in the 18-to-39-year age group in the cardiorenal outcome trials, and only 4.8% of participants in Phase 3 trials of glucose-lowering therapies were in this age range,” says Shivani.  “There is some work going on, but the high-quality evidence we need to be able to select medication for this group is unlikely to be available any time soon.”

She therefore suggests going for the ‘low hanging fruit’ when managing young people with type 2 diabetes. “Working to ensure that these individuals get all their care processes is likely to be a quick win in the absence of evidence on pharmaceutical solutions.”

There are also a number of other points to be taken on board when managing young-onset type 2 diabetes. First, diagnosis – is it definitely type 2 diabetes? “We don’t want to miss a presentation of type 1 in someone who is overweight, or of MODY,” Shivani says. “There can be an overlap between type 1 and the age when early-onset type 2 takes off and there is also MODY in the background.” This suggests the possible use of biomarkers in diagnosis. Second, high-risk groups should be identified, such as women planning a pregnancy, for women with type 2 have even higher rates of stillbirth and perinatal death than those with type 1 diabetes. Third, more aggressive risk factor management and appropriate glucose-lowering therapy to meet targets are needed, local strategy should be developed, to identify those with early-onset type 2 for improvement of care processes and early cardiovascular risk reduction.

“I think I’ve made my case that people with early-onset type 2 diabetes are the multimorbid individuals of the future,” Shivani concludes. “But we’ve got a real challenge on our hands because of all the other life issues they’ve got going on and with the aggressive pathophysiology of the disease.”

And watch out for two new related modules due to launch later this year: