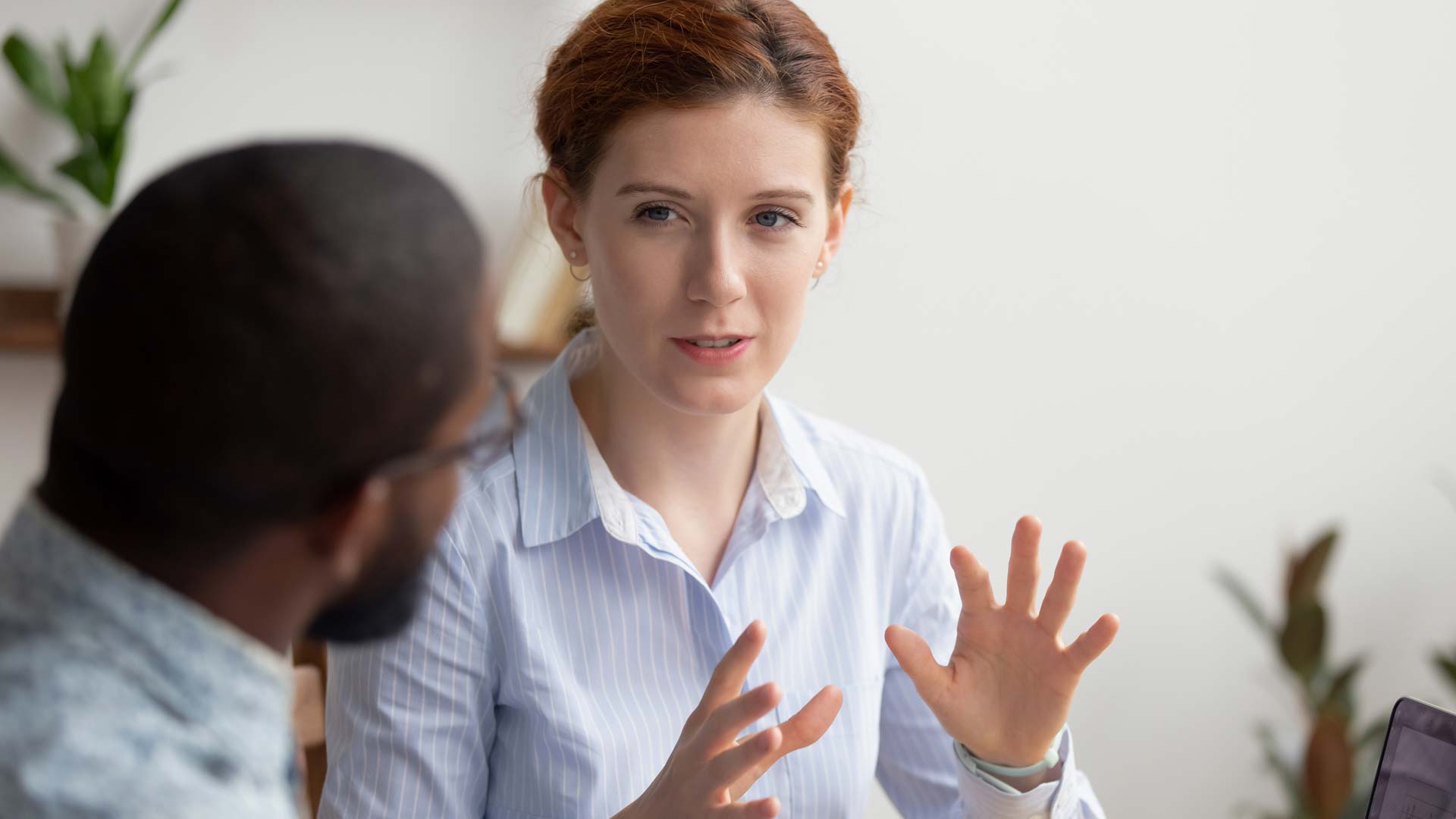 Psychosocial factors have profound effects on the way people live with diabetes, but how can we apply findings from behavioural research to diabetes care? Two insightful, eye-opening presentations at the 2021 Diabetes UK Professional Conference pointed the way.

Difficult conversations in diabetes care are inevitable but how and when they’re done impacts on their efficacy. Dr Marilyn Ritholz, senior psychologist at Joslin Diabetes Centre, shed light on the ways that clinicians can best navigate these critical interactions.

A difficult conversation is one in which the clinician must deliver potentially unwelcome news, and not only transmit information to a patient but also know how to respond to their response or that of their loved ones.

In diabetes care, these conversations include a diagnosis and discussions around complications, self-care (insulin, glucose monitoring, etc) and psychosocial difficulties such as eating disorders.

Dr Ritholz found several studies looking at how to have conversations with children and teenagers, which showed that this cohort has different requirements. For example, parents of adolescents want to delay discussion about potential complications until several months post-diagnosis.

Adolescents themselves had limited knowledge of long-term diabetes, but felt discussions about the future were not for now and were more relevant to older people. Both parents and adolescents agreed that healthcare providers (HCPs) should avoid scare tactics and provide detailed information on how to avoid problems.

Dr Ritholz recalled a young type 1 diabetes patient she had seen many years ago who had been taken into a ward of amputees as a warning of what could happen to him – thankfully, she said, we have moved on from such tactics.

When it came to adults, she found no research, so she conducted a study herself, asking about patients’ recollections of discussions around microvascular complications and what they would recommend to providers. It involved people with type 1 and type 2 diabetes, aged 25-85, predominantly white, female and well-educated (so a limited sample).

At diagnosis of complications, 78% said their HCP used a supportive approach – this was defined as answering questions and increasing knowledge, discussing complications with a positive, reassuring manner, offering hope for the future, referral to specialists if needed and giving specific self-care guidance.

When recalling their reactions to this conversation, 86% reported increasing at least one area of self-care and 63% maintained a positive attitude, showing that discussions between HCPs and patients have a significant impact.

A key finding was that 69% thought microvascular complications should be discussed immediately after a diabetes diagnosis, which differs from the findings in adolescents.

In summary, then, HCPs should conduct individualised conversations, bearing in mind how much depth and complexity that patient can take on. They should be compassionate, include thorough information and specific self-care guidance, and address psychosocial concerns, such as whether additional counselling is needed. Fear, blame or judgment should be avoided and it’s important to find the right balance of being open/honest but at the same time providing hope for the future.

Just 8% of diabetes grants are given to behavioural research and this needs to change. Professor Frank Snoek, a clinical health psychologist who heads the Diabetes Psychology Research group at the VU University Medical Center, Amsterdam, gave some important examples of how advances in behavioural diabetes research have made significant contributions to diabetes care.

In the past decade, huge changes have been seen in diabetes treatments and technologies. However, he said, showing that glucose control can work is not the same as saying that it does work – behavioural and psychosocial factors, such as low engagement/adherence, mental health problems and unhealthy lifestyles play a key role.

The distinction between non-clinical (normative) and clinical symptoms is important because the first can be looked after by the patient’s healthcare team, whereas the latter need intervention from mental-health professionals, such as psychologists. A graphic from the American Diabetes Association on psychosocial care showed the difference. For example, normative includes the normal course of adjustment reactions such as anger, grief, etc and periods of waning self-management whereas clinical symptoms include adjustment disorders and mood and anxiety disorders.

Only one in four are getting the psychological support that they wish for, but research shows that it’s feasible and effective to routinely monitor psychological wellbeing in people with diabetes. Guidelines have been developed to assist with timely recognition of psychological needs, including the ICHOM Diabetes Standard Set: https://www.ichom.org/news/ichom-diabetes-standard-set-released-on-world-diabetes-day-2018/.

Behavioural research has highlighted the need for an integrative approach to medical and psychosocial factors in diabetes. Here, he drew attention to syndemics – the presence of two or more disease states that adversely interact with each other. Depression is an example. There is double the risk of depression in diabetes and it can result in poor adherence, poor metabolic outcomes and increased risk of complications.

A study Professor Snoek was involved in showed that diabetes distress (the emotional response to living with diabetes) is the mediator between depression and poor glycaemic control, meaning that it explains the link between the two. This has clinical implications – if you want to treat depression effectively and improve glycaemic control, you need to include diabetes-specific features in the intervention.

It’s important to note that diabetes distress and depression have some overlap but are not the same thing – the first is emotional distress specific to living with diabetes but depression is a cluster of symptoms not per se related to diabetes or any specific stressor.

When it comes to psychological therapies in diabetes, evidence suggests that they do work and cognitive behavioural therapy (CBT) has the most convincing evidence. However, Professor Snoek pointed out that, even when we know that interventions work, a lack of resources/psychologists and limited implementation make it hard to provide care when patients need it.

Internet-based interventions offer clear advantages for addressing this and the COVID-19 pandemic has given this area a big boost as more is being done online.  There are several types, from real-time sessions, email-guided programmes, chatbots and blended care (a mix of face-to-face and online). Internet-based treatment is often considered to be a ‘light’ intervention but research shows that it can work even for severe cases of depression in people with diabetes.

Looking to the future, Professor Snoek would like to see ‘just-in-time adaptive interventions’. This would involve tracking mood, stress, self-care behaviours and glucose in real time to be able to provide psychological interventions exactly when they’re needed, and this warrants more research.

Watch out for Professor Frank Snoek’s e-Learning module ‘Fear of hypoglycaemia’, launching on this site in September.