Why we all need to eat more dietary fibre 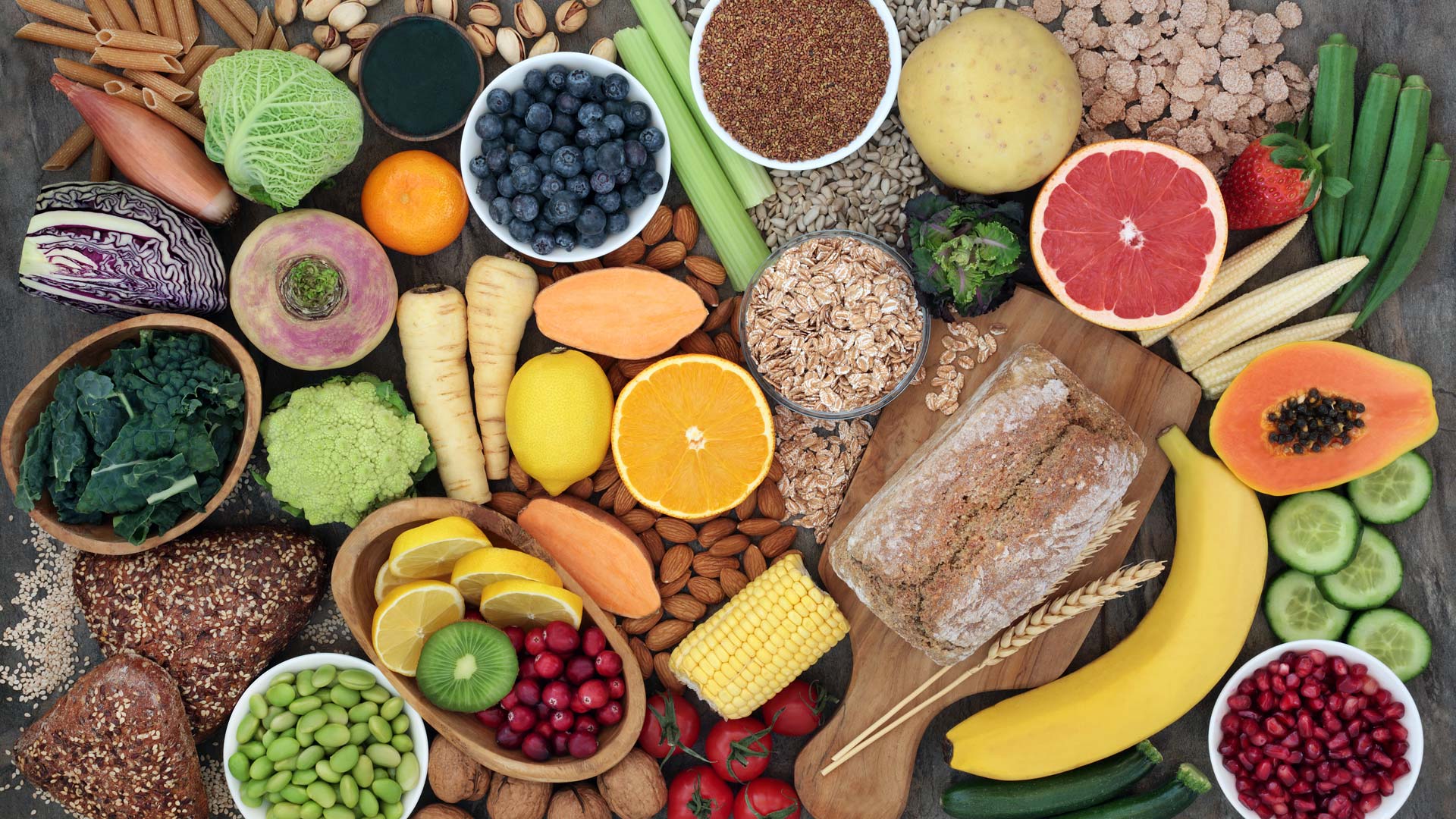 It’s not the most glamorous of nutrients but it’s making a big comeback in research into non-infectious diseases, including diabetes.

For decades, dietary fibre only got a mention for easing constipation, but its powers extend way beyond that. Dr Denise Robertson, reader in nutritional physiology at the University of Surrey, gave a fascinating presentation at the 2021 Diabetes UK Professional Conference on the resurgence of research into dietary fibre and its role in diabetes.

She began with some fibre history. There is a perception that our diets were better before World War 2, but that’s not true when it comes to fibre. Most bread was white as brown was hard to store. During the war, the National Loaf was created during the wheat shortage – it was much higher fibre as it had everything left in. Alongside rationing, this may have played a role in the drop in type 2 diabetes incidence. Rates didn’t increase again until 1956, when white flour was re-introduced.

The first fibre hypothesis came in the 1970s, proposing that higher intakes of a single nutrient could reduce risk in multiple non-infectious diseases, such as colon cancer and type 2 diabetes. That was controversial as the thinking was that metabolic diseases were caused by excessive intakes of animal fats and even salt.

Until recently, most of the national dietary recommendations for fibre were based on preventing constipation. It was only in 2015 that its benefits for metabolic health were added in.

How much should we be eating?

When it comes to people with diabetes, countries tend to use the national recommendations. However, researchers have started looking at whether this is the best approach, using data on dietary interventions for people with all types of diabetes – including gestational. A 2020 meta-analyses found that a high-fibre diet saw an improvement in all the parameters they looked at, such as glycaemic control and plasma lipids, compared to control, so more research is needed here.

Dr Robertson highlighted that all fibres are not structurally and functionally the same. There are variables that are important when it comes to how much benefit they confer and this means that a variety of fibres should be recommended, rather than just one type.

Fermentation (the breakdown of fibre in the large intestine by our gut bacteria) is one such variable – without it, there are no health benefits. The main by-product of bacterial metabolism is short chain fatty acids (SCFAs). These can be metabolised by the liver and when they pass into the peripheral circulation, we’re able to take them up into our peripheral tissue. This is of relevance because SCFAs are key mediators in improving insulin sensitivity.

More recently, the discovery of the human microbiome has changed how we see fibre. We know, said Dr Robertson, that the microbiome is linked to almost all diseases and diet modification is the one way we can influence it. The preferred fuel source for microbiota is carbohydrate and dietary fibre – this has shone new light on fibre, reinvigorating the research field.

In particular, it has opened up proposed mechanisms for linking dietary fibre and type 2 diabetes beyond just the action of SCFAs. The hypothesis that diabetes begins in the gut was put forward in 2011 and it’s well documented in animal models. The cascade happens as follows:

What evidence is there in humans? A 2007 study found evidence of elevated LPS and low-grade inflammation in type 2 diabetes and since the publication of the cascade above, there are now 14 studies showing this effect. Research has found two possible mechanisms: increased intestinal permeability and increased absorption of LPS after a high-fat meal in people with type 2 diabetes.

Our increasing knowledge about fibre and the microbiome leads to an important point about dietary balance. Gut bacteria have a preference for carbohydrate and fibres, but in their absence, bacteria will start to ferment protein. Protein fermentation is toxic to the host because it produces compounds that are detrimental to the gut barrier. This may then lead to the problems with LPS described above, so we need to make sure that our gut bacteria have a constant supply of dietary fibre as part of a balanced diet.

Behaviour change is a constant challenge in public health and so research is looking at ways to increase fibre intake, such as faecal microbial transfer, without asking for a change in diet.

The jury is still out on the best ways to deliver this, although much research is underway. However, resistant starch could be a game-changer. It’s a fibre in disguise, as it’s structurally a starch but functionally a fibre. It’s found in wholegrains, beans and bananas but can also be extracted – forming a fine white powder that can then be added to other foods.

There are two health claims for resistant starch: the first is that adding it to foods reduces post-prandial glycaemic responses, although this has so far only been shown in people with normal glucose tolerance. The second is that reduction in risk of type 2 diabetes comes after several weeks’ intake of resistant starch.

A pilot study funded by Diabetes UK is currently looking at starch exchange in people with type 2 diabetes. They are inserting products with a boosted resistant starch content into test diets, compared with a control diet that looks and tastes the same, and the participants are measuring their glucose excursions. The data is starting to show some nice patterns in glycaemia reduction, but is yet to be fully analysed.

Ultimately, to deliver more fibre into the general public’s diet, high-fibre products need to be produced that are affordable, look and taste the same as the foods people normally eat, and are acceptable – ‘health by stealth’. The health benefits of fibre are consistently demonstrated and we all need to eat more of it. In fact, as Dr Robertson pointed out, although the current target may be 30 g, there’s nothing to stop people aiming higher.